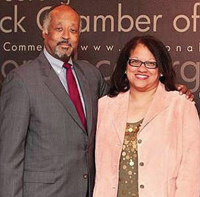 Bernie Sanders just won’t go away. He stays in the political limelight no matter who wins the presidency or which party, Democrat or Republican, controls Congress. He is a declared Independent, yet he caucuses with the Democrats.

Confusing? Yes, indeed it is, and it is a contradiction. In 2016, he became very close to winning the Democratic nomination for President. Perhaps he would have won it if the tricks of the Hillary Clinton campaign had overtaken his momentum.

Wikipedia provides a brilliant nugget on his political career: “Sanders was born and raised in the Brooklyn borough of New York City, and attended Brooklyn College before graduating from the University of Chicago in 1964. While a student he was an active protest organizer for the Congress of Racial Equality (Roy Innis was National Chairman of CORE) and the Student Nonviolent Coordinating Committee (Stokely Carmichael & Rap Brown were the leaders) during the civil rights movement. After settling in Vermont in 1968, Sanders ran unsuccessful third-party political campaigns in the early to mid-1970’s. As an independent, he was elected mayor of Burlington – the state’s most populous city – in 1981, by a margin of ten votes. He was reelected three times. He won election to the U.S. House of Representatives in 1990, representing Vermont’s at-large congressional district; he later co-founded the Congressional Progressive Caucus. Sanders served as a US Representative for 16 years before being elected to the U.S. Senate in 2006. He has been reelected to the Senate twice in 2012 and 2018.”

If that isn’t remarkable by itself, it continues: “On April 30, 2015, Sanders announced his campaign for the 2016 Democratic nomination for President of the United States. Initially considered a long shot, he went on to win 23 primaries and caucuses and approximately 43% of pledged delegates, to Hillary Clinton’s 55%. His campaign was noted for its supporters’ enthusiasm, as well as for his rejection of large donations from corporations, the financial industry, and any associated Super PAC. On July 12, 2016, he formally endorsed Clinton in her general election campaign against Republican Donald Trump, while urging his supporters to continue the “political revolution” his campaign begun. On February 19, 2019, Sanders announced a second presidential campaign against incumbent President Trump, joining multiple other Democratic candidates for the presidency.”

The above is amazing. We think President Obama took off with rocket-like speed, but this guy is like Forrest Gump on steroids! Wikipedia goes on for an additional 56 pages!

Bernie is indeed a deep-rooted Socialist. In fact, many may argue that he is a Communist. He was an admirer of the history of the Soviet Union. How do you do that without embracing the deeds of Nicholai Lenin and Josef Stalin – two of the most notorious dictators/mass murderers the world has ever known?

Yet, Bernie is so impressed with the development of the Soviet revolution and tenure of these two tyrants, he and his wife spent their honeymoon in the Soviet Union. Did you hear us? They chose the Soviet Union to spend their marital bliss. That is how much he admired it.

Bernie is also a fan of the Cuban history under Fidel Castro. Searching for his current views we can look at the status of Valenzuela. This nation is undergoing a total disastrous experiment with Socialism. The style of Socialism that Bernie admires. He will not criticize this failed experiment and refuses to call President Maduro a dictator – even though it is quite clear.

Many members of Congress believe that President Trump may be too much of a friend with Prime Minister Putin of Russia. Have we wondered how Putin and Bernie would get along? We think they would be “best buds.”

Bernie seems to embrace these failed socialist and communist types of lifestyles, but he has become very wealthy. Somehow, he is now a multi-millionaire with three mansions in Vermont and spends big money on his personal airplane. How does a good Socialist manage to do this?

Bernie came very close to becoming President of the United States and he is still in the running. The above mysteries should become clearer to us before we go overboard on this mysterious and still unproven national leader. America, this is rather scary.