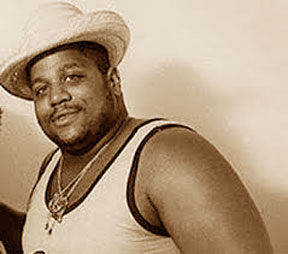 Hip-hop lost one of its important figures this week.  Big Bank Hank from The Sugar Hill Gang is no longer with us.  According to TMZ, the rapper, also known as Henry Jackson, succumbed to cancer and has moved on to the afterlife.

Hank is best known as “the grandmaster with 3 MCs that shock the house for the young ladies.”

Jackson and the other two members of the Sugar Hill Gang were among the first rappers to take hip-hop mainstream.  Their song, “Rappers Delight” took hip-hop from the streets of the South Bronx to the midwest, west coast and around the world.

Wonder Mike and Master Gee, two other members of the group told TMZ … “So sad to hear of our brother’s passing. Rest in peace Big Bank.”

The 57-year-old and his bandmates were not without controversy.  Some accused the Sugar Hill Gang of taking hip-hop away from its roots in order to make it appeal to whites.   The three members of the group were not among the original founders of hip-hop and had instead been selected by a record label to perform the song.  Some felt that the first to take hip-hop mainstream should be rappers who were known in the streets.

The three men were pulled together into a group by Sylvia Robinson and her newly found label, Sugar Hill Records. The label was co-founded with Sylvia’s husband Joe.  The label went on to make millions from the release of the song and are responsible for putting hip-hop on the airwaves, where it remains till this day.

Despite their foundations, there was no denying their impact.  “Rapper’s Delight” is listed by About.com and VH1 as the #2 most impactful hip-hop song in history.  In case you’re wondering, Chuck D and Public Enemy’s “Fight the Power” is listed as #1. That’s precisely the moment when people started seeing the power of hip-hop and turned it into something racist, negative and as a promotional tool for violence and misogyny.  So, you might say that it’s been kind of downhill ever since.

RIP Big Bank Hank.  It was a wonderful life.