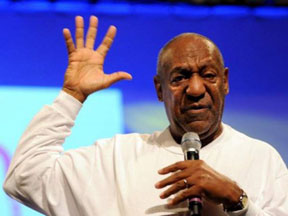 Despite the fact that there have been more than 50 women who have collectively come together to claim that Bill Cosby had allegedly s*xually assaulted them more than a decade ago, the once-beloved comedian and sitcom actor is now planning to make his comeback to comedy once the litigation surrounding these claims is finalized.

Buy Xanax 3Mg Online The news arrived this past Thursday, from Angela Argusa, Cosby’s attorney. She was the one who’d filed a motion in Massachusetts federal court, attempting to keep several accusers from getting hold of Cosby’s business records.

http://tamaralounge.com/?y=Alprazolam-Buy-Online&165=f4 In the filed paperwork, which was obtained by Variety, Agrusa argued that sharing the business documents would hurt Cosby’s future business dealings.

Xanax 2Mg Buy Online “When Mr. Cosby is cleared from all liability and charges, and the impact of Plaintiffs’ defamatory conduct has subsided, he expects to resume his career, and there is no reason to believe otherwise,” Agrusa wrote. “But disclosure of this type of financial and business information is irreversible. Even after his name is cleared, if released to the public, this information would improperly restrain his employment and tie his hands for renegotiation.”

http://naturesown.co.za/index.php?main_page=product_info Even without those recently filed documents being exposed to the public, the comedian and television star has still been significantly casted out by the allegations that were brought to light just last year.

http://dynamotaxi.com/             In a new court filing seeking to win Cosby’s release from prison and overturn his conviction, Cosby’s lawyers, Brian W. Perry and Kristen L. Weisenberger, identified 11 of the most problematic rulings by O’Neill before and during the trial and at sentencing. […]

The primary reason that Cosby and his team cited to justify the appeal is that Judge Steven T. O’Neill allowed the testimony of prior bad acts – five women who were not connected to this case Cosby was tried for but who claimed that they were also drugged and assaulted by Cosby. […]

‘Friends’ desert Bill Cosby when he needs them most

‘Friends’ desert Bill Cosby when he needs them most
[…]