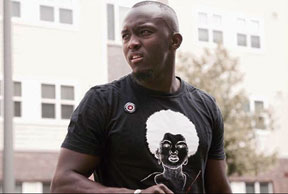 Where To Order Xanax Online Where To Order Xanax Online The hyperpolicing of Black bodies doesn’t merely occur as people walk, drive, breathe or engage in other daily activities while Black. Two recent studies document the extent to which Black people are criminalized for having HIV/AIDS—and how disproportionately they are penalized compared to white PLWHA, who experience criminalization as well.

http://artists-atelier.com/category/ http://artists-atelier.com/category/ Thirty-two states and two territories have HIV-specific statutes that make it a crime for PLWHA to engage in sexual activity without disclosing their serostatus to their partner or to expose another person to HIV without his or her consent. The National HIV/AIDS Strategy recommends that states and localities review their HIV-specific laws to ensure that they reflect the latest science; many don’t.

Two studies—one commissioned by the Williams Institute, a think tank at the UCLA School of Law that conducts independent research on sexual-orientation and gender-identity law and public policy, and the other presented at the International AIDS Conference in Durban, South Africa, in July 2016—link the criminalization of HIV to higher rates of incarceration for PLWHA of color, and community activists confirm it.

“Yes, there is a connection,” says Maxx Boykin, BTAN Chicago co-chair and co-manager of the HIV Prevention Justice Alliance. “The over-policed communities are the same communities that have the highest rates of HIV in this country.”

The studies also suggest that racial disparities exist in the way the laws that criminalize PLWHA are imposed.

The Williams Institute report, entitled “HIV Criminalization In California: Penal Implications for People Living With HIV/AIDS,” looked at how criminal laws are used to target PLWHA in that state. It examined the cases of 800 PLWHA who came into contact with the California criminal-justice system between 1988 and June 2014 under three HIV-specific criminal laws—solicitation while HIV positive, exposure to HIV with intent to transmit, and sex-offense sentence enhancement for HIV-positive status in nonconsensual sex crimes—and one non-HIV-specific law: misdemeanor exposure to any communicable disease.

Safe Xanax Online Safe Xanax Online In July, Trevor Hoppe, Ph.D., assistant professor of sociology at the State University of New York at Albany, presented his paper HIV: http://bandarbaju.com/tag/daster-jumbo-di-shopee/feed http://bandarbaju.com/tag/daster-jumbo-di-shopee/feed Does Race Impact Sentencing Under Criminal HIV Exposure and Disclosure Laws in the United States? at AIDS 2016. Hoppe looked at five states—Arkansas, Florida, Michigan, Missouri and Tennessee—and found that Black men were given an average sentence of 110 months after being convicted on an HIV-specific criminal law, while white men averaged 74 months for violating the same statute. He found the greatest racial disparity in Arkansas, where Black men’s sentences were double those of white men—279 vs. 140 months. “In Arkansas, Black men were sentenced to a dozen more years,” says Hoppe.

While the results of the Williams Institute study are limited to California, Hoppe says of his paper: “The cases analyzed represent the vast majority of cases brought under HIV exposure and nondisclosure laws in the United States. So in this sense, it is representative of HIV criminalization nationally.”

Xanax Brand Name Online Xanax Brand Name Online In an effort to eliminate the laws that criminalize HIV nationwide, on March 24, 2015, Rep. Barbara Lee (D-Calif.) introduced H.R. 1586—REPEAL HIV Discrimination Act of 2015—which calls for a review of federal and state laws that criminalize PLWHA. This is the third version of the bill, which was not passed in previous congressional sessions—and with only 20 sponsors, it will need more votes in committee to advance to the Senate floor.

Ordering Xanax Online Forum Ordering Xanax Online Forum With President Barack Obama nearing the end of his second term, former Army Lt. Col. and HIV activist Ken Pinkela, who spent 272 days in an Army prison under an HIV-specific statute, hopes the president will sign an executive order decriminalizing HIV on the federal level. In response to Obama’s recent pardon of 214 people for mostly nonviolent crimes, Pinkala said: “[Pardoning people criminalized for having] HIV fits the intent captured in the original National HIV/AIDS Policy and the Update [pdf] to end HIV criminalization and stigma. We think we’re at the closest point ever where we could ask this president before he leaves office to sign the executive order. He can’t tell the states what to do, but he can tell them at the federal-agency level that HIV is not a crime and that you will not prosecute based on HIV status.”

Without examining Cosby and apparently using just trial testimony, the “expert” witness said she determined that the star “is a sexually violent predator who, even at his advanced age and handicap, would likely re-offend.” […]

—Beyond by Airbnb, a premium service, will offer guests unique, once in a lifetime experiences in the world’s most luxurious homes. […]