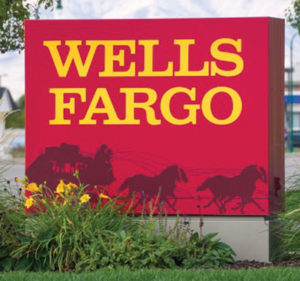 An elderly Black woman from Florida says she got “belittled” and discriminated against by workers at a Wells Fargo who refused to cash a check for her — and then called police because they thought she committed forgery.

“I can’t tell you the emotions I felt.”

Carroll claims she spent two and a half hours inside the Wells Fargo branch in Fort Lauderdale last November after going in to cash a $140 check. She arrived around 9:30 a.m. and gave the check to a female teller, who allegedly questioned its validity and how the money was earned.

“I felt belittled,” Carroll said, noting how the teller, who was white, asked for two forms of ID and then told her there was a problem.

“Things that we — and we being Black people — things that we feel are sometimes brushed over, like, ‘Oh, she was just doing her job.’ It’s a difference,” Carroll explained. “You can sense the difference.”

After being told to have a seat in the lobby, Carroll claims a manager — who was also a white woman — came over and informed her that the police had been called and she would not be getting her ID or her check back, even though the payer was able to confirm its legitimacy.

A half-hour passed, however, and the cops never came. So, Carroll called 911 herself and let them know what was going on.

Officers eventually showed up at the bank on North Federal Highway, checked her credentials and deemed everything valid, according to the New Times.

The teller was then forced to cash Carroll’s check.

After the incident, the septuagenarian reached out to Wells Fargo’s corporate office to file a complaint — but they apparently downplayed the incident.

“It was your normal ‘brush you up and make you smile,’” Carroll said.

The PhD-holder has decided to sue — filing a complaint last week accusing the bank of racial discrimination. She told the Times that she felt compelled to come forward after seeing all the stories about Black people being racially profiled in recent months while doing everyday things like barbecuing in a park and swimming in a pool.

“Ultimately, we’re hopeful that this isn’t just about Wells Fargo, that other corporations take notice and realize that there has to be some kind of change in our culture,” said Carroll’s lawyer, Yechezkel Rodal. “That these things are not OK.”

In response to the suit, a Wells Fargo spokesperson said the bank “opposes discrimination of any kind as evidenced by our own non-discrimination policy, our commitment to diversity and inclusion in our work force, and our long-standing history of support for community organizations that embrace diversity.” But they refused to comment directly about the case.