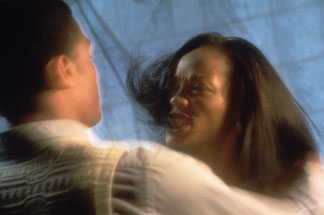 WASHINGTON, D.C. (NNPA) – Black women are murdered by men, often their present or past husbands or lovers, at a rate that is nearly three times the murder rate of White women killed by men, according to a report by the Violence Policy Center.

In a statement accompanying the study, Kristen Rand, legislative director for the Violence Policy Center, a Washington-based national educational organization working to stop gun death and injury, said: “The sad reality is that women are nearly always murdered by someone they know.”

That sad reality is even more evident for Black women.

VPC reported that 94 percent of Black females murdered by men knew their killers.  The average age of Black female homicide victims was 34-years-old. More than half of the Black women murdered were killed by gunfire, and 52 percent died at the hands of their husbands, ex-husbands or boyfriends. More than 90 percent died during the course of an argument.

When the murder weapons were identified, 51 percent of Black females were shot and killed with guns, 82 percent of them handguns. Not surprisingly, 93 percent of the homicides were intra-racial.

“Nine women each week are shot to death by their husband or intimate partner,” said Shannon Watts, founder of Moms Demand Action for Gun Sense in America. “That’s nearly 500 domestic gun violence deaths each year – more than twice the number of servicewomen killed in military conflicts since the Korean War.”

The vast majority of all homicides involve people who know each other.

Some experts believe that the faith of Black women may contribute to their choice to stay in an abusive relationship when they should go.

In an interview with Dallas Morning News Bishop T.D. Jakes, senior pastor of The Potter’s House in Dallas, said that faith can be just one of the factors that contribute to domestic violence.

Jakes noted that reports domestic violence increased during the Great Recession. Blacks, particularly, Black men continue to suffer through recession-level unemployment rates that are often double the rates of their White counterparts.

“Anger and rage are building up in the hearts of men who feel helpless and hopeless,” said Jakes. “And more and more, men have rage that is suppressed. We have got to find a better way to handle our frustrations.”

Rand said that new policies are needed from local communities to the federal government to protect women from harm.

In March, President Obama signed the Violence Against Women Act that women’s rights advocates hope will curb domestic murder rates. They are also urging lawmakers to step up enforcement of background checks to keep guns out of the hands of people with domestic violence arrests on their records.

“The picture that emerges from ‘When Men Murder Women’ is that women face the greatest threat from someone they know, most often a spouse or intimate acquaintance, who is armed with a gun,” the report stated. “For women in America, guns are not used to save lives, but to take them.”