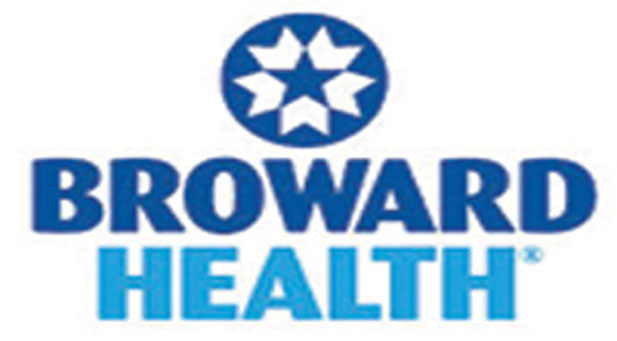 While Broward Health is closing its school based primary care centers like William Dandy, Lauderhill Middle and Amadeo Trinchitella Deerfield Beach High School they are opening new, improved larger medical facilities one mile away from the previous locations.

Operating since the 90’s, Broward Health’s school based primary care centers serve students, their families and the entire community with full service medical care from primary care for children and adults as well as obstetrics, specialty referrals, health counseling and social services.

Having outgrown the spaces and planning for the future, to accommodate the newly insured influx expected from the Affordable Care Act (ACA), and those still uninsured due to Florida’s opting out of Medicaid expansion to states through the ACA, Broward Health sought sites that were visible from the street, easily accessible and larger.

The new facilities operate until 7 p.m. on Mondays and until 4:30 p.m. Tuesday through Friday. Instead of two rooms for patient care there are eight. Instead of 10 waiting room chairs there are 35.

“Our expanded hours and bigger facilities help with better patient flow for our current clients and the newly insured. It improves access to preventive health care services people put off and delay due to afford-ability,” says Vice President of Community Health Services, Jasmin Shirley.

“There is another group of people who are still uninsured because Florida did not take the Medicaid expansion. They need access to care like anyone else. We serve them as well as those who pay operating on sliding fee scale based on income and household number.

“All sites are open to anyone whether insured or not,” Shirley adds. “If you are below 200 percent of federal poverty level we can assess you and your household and charge based on income and number of people in household. We have offered these services at all of our sites since 1993.”

Florida has the nation’s second-highest rate of uninsured residents younger than 65 — a total of about 3.8 million people, or about 25 percent of the state’s population, including more than 500,000 younger than 19, according to U.S. Census data in 2013. Broward County’s un-insured rate is 26 percent, or about 392,000 people.

Mrs. Dawna Wright-Mullings has been a client with Broward Health for 10 years. Originally she went to the Lauderhill location which was nearer her home. One day she was unable to get an appointment at the time she needed and was referred to the William Dandy location. She’s been going there ever since.

“The place can be as large and comfortable as everything but if the people there don’t have empathy and show any sort of caring, it’s not worth-going to,” says Wright Mullings.

“They are loving and caring. Especially my doctor Dr. Kim Jolly, she is so good I don’t think there is a second like her. She talks to you and finds out what’s wrong. She takes care of the total body. Not just because I say my head hurts and give you some pills. She just doesn’t treat the headache she finds out if there is something else and what is causing it. What can be done to alleviate it?

“It’s not just the doctors it’s the whole crew. Everyone in there is caring. There are no salty faces. Ask a question and they smile when they talk to you. When they walk in and pass you they say how you doing Mullings. My sister died and they encourage me so much. Every time I go they ask if everything is alright and if I need any counseling and such. It’s a healthy place and healthy atmosphere.

“I have passed by the new center and it is beautiful. It’s a little closer than William Dandy and right next to the drivers li-cense bureau. The hours are better they stay open until seven and we don’t have the interruption of the school announcements,” says Wright-Mullings.

From July 2013 to March 2014 those sites received 11,719 encounters Broward Health expects that number to double.

William Dandy and Lauderhill Middle will be consolidated into one facility located in Lauderdale Lakes at 3716 W. Okld. Pk. Blvd. on the southeast corner of State Road 7 (441) and West Oakland Park Blvd. Bank of America is on the right and the Highway Safety and Motor Vehicle Drivers License Center is on the left. It is located near a Broward County Transit pick-up point and is easily accessible from the I-95, State Road 7, and the Turnpike.

The two new health centers were partially funded by a Low Income Pool (LIP) grant. Broward Health was awarded $866,642, as part of the match grant. “Broward Health was awarded the LIP grant because within the two areas now being serviced by the Margate and Lauderdale Lakes Health Centers, there are 52 census tracts designated as Health Professional Shortage Areas. With the addition of these two new locations, patients will no longer have to travel a long distance to receive primary medical services,” says Jennifer Smith Bro-ward Health Corporate Communications Specialist.

The two new health centers were partially funded by a Low Income Pool (LIP) grant. Bro-ward Health was awarded $866,642, as part of the match grant. “Funding grant from LIP funds matched $900,000 with $600,000 to fund construction and build out the two sites,” said Broward Health President and CEO Frank Nask. “It in-creases access to health care which is critically important to the Affordable Care Act. As people get insurance they will have a place to go. It is vitally important to our community to have access and the opportunity for primary care services and preventive medicine.”