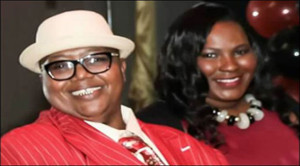 In 2014, Broward County, Fla., reported 993 new cases of HIV, an infection rate surpassed only by Miami-Dade County in the Sunshine State, and underscoring the importance of the county’s BTAN chapter. We ask Black Treatment Advocates Network (BTAN) Broward co-chairs Krystle Knight-Mobley and Patricia Fleurinord about the four-year-old organization.

BTAN Broward is known for having great partnerships. What are some of the groups that you partner with?

Patricia Fleurinord (PF): Our main partner is the Department of Health in Broward County. Our community organizations include the YMCA, the Pride Center, AHF [AIDS Healthcare Foundation], Latinos Salud, Care Resource and our host site, Broward House, where I am an intervention case manager. There’s also the local Broward Health, Janssen, Merck, as well as some of the Black churches, sororities and fraternities.

What are some of the chapter’s main activities?

PF: We collaborate with the YMCA and other agencies to hold a barbecue where we educate and sign new people on to BTAN. We also attend the Black Elected Officials luncheon to inform the local leaders about emerging AIDS prevention and care and treatment issues so they can make policy changes and help reduce racial disparities. We participate in the annual Martin Luther King Jr. parade and other local parades and events that celebrate and honor our historical Black leaders.

Krystle Knight-Mobley (KKM): At the Martin Luther King parade, we disseminate condom packets that contain HIV education information; information on available resources; BTAN co-chair contact information; a calendar listing our meeting dates, times and locations; and that lunch or dinner is included [in the meeting agenda]. Our monthly meetings have been consistent since 2013.

What factors contribute to your success?

KKM: Dedication, perseverance and support from the Department of Health in Broward County, especially the HIV and viral hepatitis pro-gram. The department’s level of dedication is demonstrated by the fact that in my position as the Department of Health Minority AIDS Coordinator, I also serve as BTAN co-chair, which allows me to work to make sure BTAN is successful. We stay focused on accomplishing all of our work-plan goals and making sure that Black people of Broward County are knowledgeable on the HIV scientific literacy.

What recent and upcoming events is the chapter involved with?

KKM: The PrEP tour was Feb. 7 in observance of National Black HIV/AIDS Awareness Day. We invited both national and local figures from the Black community. [Black AIDS Institute President and CEO] Phill Wilson presented on two topics. Breakout sessions focused on the influence of inter-sectionality on Black women, MSM, youth, transgender and heterosexual men. Our chapter developed some action steps to communicate with each of those groups about PrEP. And we have hosted several HIV-work-force trainings to provide continuous HIV education to ensure that HIV-positive clients receive the best support and accurate knowledge that will improve their treatment.

PF: And we’re looking forward to the Sistrunk Festival. Sistrunk has one of the highest rates of HIV in the 33311 zip code. They have a festival every year, and we’re definitely gonna be out there doing HIV testing and getting the message out about BTAN Broward.

April Eugene is a Philadelphia-based writer.