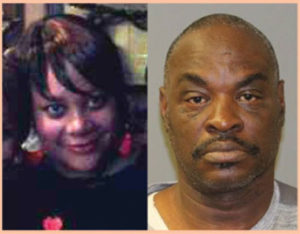 “BUT IS HE WORTH BEING KILLED FOR?”

“Love is as strong as death: jealousy is cruel as the grave; the coals thereof are coals of fire, which hath a most vehement flame.”  (Song of Solomon 8:6)

I have just returned from a trip no parent wants to take and no parent is ever prepared for: the burying of one’s child.  My daughter died under the most tragic of circumstances.  A former boyfriend took her life.  He stabbed her repeatedly and then threw her body out of a moving car.  I do not give you this account to elicit your sympathy or to shock you in any way but as a pathway to an understanding I have come to and that is many of our daughters are choosing men unworthy of them.

My daughter was physically attractive, college educated, loving, concerned about others and a caring mother.  She, like a number of our successful women, could not find a man who was compatible to her in the ways so important to the foundation of a quality relationship.  And like so many of our women do, she settled for less.  She, again like so many of her sisters, made herself content with the physicality of a male and compromised his not really meeting her standards with the fact of having somebody.   Yet, those facts not without standing, they are not the greater problem.  The problem is how the sisters perceive the male they are with is not how the male sees them.

For most of the men these educated, attractive, successful women are with, they are dream girls. These women are everything that man has ever dreamed of in a woman.  They are women most of these men have never expected to know, let alone love.  They are women whom they have fantasized about while never believing the fantasy would become real.  But it does and what happens most times is for women these relationships with men not their equal is the passion in the bedroom cools, the attraction to an opposite loses its appeal, and she decides it’s time to “move on.”  But “moving on” in love relationships has always been a lot easier said than done.  In particular in a relationship where one person has become the other’s whole world.

From the perspective of the male involved he is saying to himself that while he may find another woman, he will never have another like this one.  He knows this in all of his being.  He knows days and nights as he has known them, music as he has heard it and reasons to laugh, are changed forever.  He then decides that if he can no longer have her, no one else can either.  This was true in my daughter’s case and sadly, true for so many others.

I have told my daughters and other women I know that they need to understand the uniqueness of whom and what they are.  That they are women God has formed that reflect so much more than just physical beauty or observable intelligence.  That they possess qualities that are ethereal and such qualities can be felt as well as being seen.  And when they take all that they are into a relationship, if that relationship is not with someone who is like themselves on as many levels as possible, (why would we think someone who is our opposite will make a good relationship partner?) at some point, all of what they are becomes all the reasons for why the relationship is not working and can never work.

Add to that the fact many women (and most men) do not understand the difference between males and boys and men, there becomes a very serious need for many of them to obtain restraining orders or protection orders when they end relationships.

I understand there are more women than men. I understand too that many of the men who are available may not have all the qualities a father would desire for the man in his daughter’s life to have. Even more I know how we all want to offer love and have love offered to us.  Yet, those emotional needs should never outweigh the need to think before we commit ourselves or to judge before we surrender our heart.  Because no one is worth being killed for.