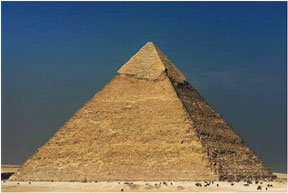 Chinese scientist proves the first inhabitants of china were Black!

For many years Black historians and Afrocentrists have said that the first inhabitants of China were Black Africans.

“Even the sacred Manchu dynasty shows this Negro strain. The lower part of the face of the Emperor Pu-yi of Manchukuo, direct descendant of the Manchu rulers of China, is most distinctly Negroid. Chinese chroniclers report that a Negro Empire existed in the South of China at the dawn of that country’s history.

“There is evidence of substantial populations of Blacks in early China. Archaeological studies have located a Black substratum in the earliest periods of Chinese history, and reports of major kingdom ruled by Blacks are frequently in Chinese documents.”

But after hundreds of years of the worldwide spread of the doctrine of white superiority and the inferiority of Black Africans and their descendants. This notion was dismissed by white scientists and others and even by some Blacks.

But in 2005, a Chinese DNA specialist, Jin Li, leading a team of Chinese and other scientists, proved through DNA tests that indeed the first inhabitants of China were Black Africans.

Li said he was trying to prove that the Chinese evolved from homo erectus independently of all other humans. He collected DNA samples from 165 different ethnic groups and over 12000 samples in China and Asia to test his theory.

Li said he was taught through China’s education system that there was something special about Chinese. And because he was Chinese, he was hoping to prove that the Chinese developed independently of all other humans.

Li’s team focused on a single genetic marker that appeared about 80,000 years ago in Africa. Anyone carrying that marker would have recent African ancestors and could not be descended from the more ancient Homo Erectus.

Li and his team found that early humans belonged to different species but modern humans descended from the East Africans species.

Li Hui, a scientist on Li’s team, said, that 100,000 years ago groups of humans started leaving Africa moving through South and Southeast Asia into China, and that 65 branches of the Chinese groups studied carry similar DNA mutations as the people of Southeast Asia.

The Brilliance of African Architecture and Mathematics

The Great Pyramid of Giza is constructed with 6 million tons of precisely places stone. The foundation of the pyramid is so precise that not one corner of it is 1/2 inch higher or lower than the other. Not only this, but it was originally constructed with massive limestone casing stones weighing in excess of 20-50 tons each. The pyramid use to look like a huge white polished reflector, giving it the nickname “The Light”. What is most remarkable is that the pyramid sits right on the spot if you were to take the line of longitude that covers the most amount of land and line of latitude that covers the most amount of land and intersect them together. In other words, it is located at the exact center of the earth’s landmass.