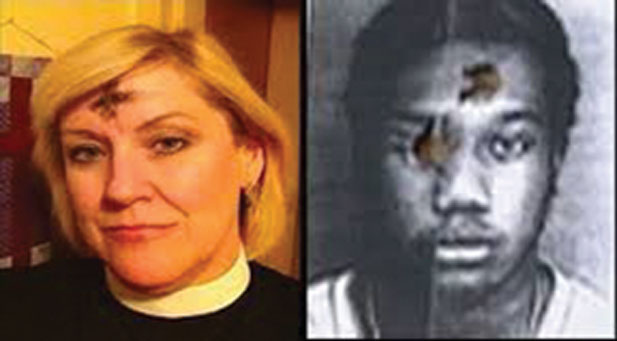 National Guard Sergeant Valerie Deant, her fellow guardsmen, her family and people all over the country have been outraged about the fact that Deant discovered that North Miami Beach Police snipers were using pictures of Black men for target practice at a Medley, Florida shooting range.

Deant was particularly outraged because one of the pictures that had multiple bullet holes in it was of her brother.

Some local residents have called for the police chief to resign, but the chief has maintained that the department did nothing wrong and that many departments use real photographs for target practice.

As news has spread about the photographs, people have responded in different ways. The Washington Post is re-porting that some clergy in Florida decided to respond by sending in pictures of themselves for police marksmen to use instead of the photographs they were discovered to be using.

Ministers, priests, and seminarians from all over the country, including prominent progressive Christian author and pastor Nadia Bolz-Weber, have chosen to protest the actions of the North Miami Beach Police Department through a Facebook page and by making social media posts using the hashtag #usemeinstead.

The idea started in a closed Facebook group of Lutheran clergy. The hashtag has been used by those posting pictures asking the department to use pictures of them instead of pictures of Black youth.

Rev. Joy M. Gonnerman, who is part of the group of Lutheran clergy, discusses the motivation behind sending in the photos by stating, “Maybe we ought to make it harder to pull the trigger, and volunteer to put pictures of their family up.” She goes on to say that the action was, “motivated by our service to Christ and His call to love our neighbors.”

Many of the clergy who decided to participate were white, and Gonnerman believes that officers using the pictures of Black men were becoming desensitized to the idea of shooting a Black person. She feels that using pictures of white people, particularly white clergy, may help officers think twice before pulling the trigger. Gonnerman is planning on mailing in more than sixty of the pictures she has received.