How To Buy Xanax From Canada 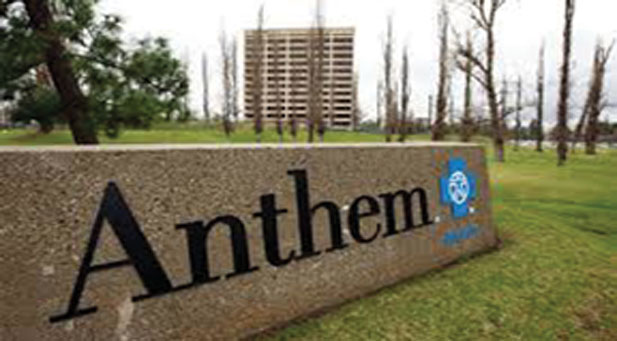 By Charles Ornstein From ProPublica

http://tamaralounge.com/wp-json/wp/v2/pages/4733?_locale=user The Anthem Blue Cross headquarters in Woodland Hills, Calif. Pharmacist Kevin Kingma says the insurer rolled him into a new plan and deducted money from his bank account without his approval, a problem hundreds of consumers say they’re having.

Buy Xanax India When California pharmacist Kevin Kingma received a letter last fall notifying him that his high-deductible health plan was being canceled because of the Affordable Care Act, he logged into his state’s health insurance exchange and chose another plan beginning Jan. 1.

http://cnt-aranjuez.org/wp-content/themes/SuvMag/images/menu-secondary-bg-hover.png Thanks to a subsidy, King-ma’s monthly premium went down, from about $300 to $175, and his benefits improved.

But this month, Kingma logged into his bank’s website and saw that his old insurer, Anthem Blue Cross, had deducted $587.40 from his account and had enrolled him in another of its insurance products for this year — he says without permission.

Hundreds of other consumers are caught in the same predicament, insurers acknowledge. And the California Department of Insurance said it is exploring whether any laws were broken when insurance companies withdrew money from consumers’ accounts for plans they didn’t select.

Xanax Discount Online Here’s what happened to Kingma and others: When they received letters last fall, they were informed that their plans had been canceled. But within the letter, it also said that if they did nothing, they would be switched over to a different plan and if they had set up their payment to autodraft from their account, it would continue to do so.

Kingma said he didn’t read the whole letter, just enough of it to know his old plan was being canceled.

http://learnwithojo.com/coding-essential-skills-benefits/ Once he noticed the with-drawals from his account this month, Kingma said he tried calling Anthem’s customer ser-vice hotline but couldn’t reach anyone because of “high call volume.” Dozens of consumers have reported long phone waits trying to reach Anthem.

Alprazolam Mail Order Kingma then repeatedly faxed and contacted the insurer through its website. An Anthem representative first told him that he may only receive re-imbursement for about half of January, until the date he actually canceled the new policy. Since then, it appears the in-surer canceled his policy at the end of 2013. But as of Friday afternoon, it hadn’t refunded Kingma’s money, he said.

Xanax Sales Online “I and a number of other former Anthem policy holders are stuck in Anthem’s Kafkaesque nightmare as part of health-care reform,” Kingma, 57, wrote to me in an email.

Darrel Ng, a spokesman for Anthem Blue Cross, said in an email that insurers across California had moved members from canceled plans to new ones that comply with the law “and that transition retained their payment preference.

Online Eczane Xanax “Unfortunately, about 500 of our existing members in California who had automatic pay-ment set up for their current plans were inadvertently charged before our systems re-cognized their enrollment in new plans through Covered California,” the state’s ex-change, he wrote in an email. “We have identified the affected members and are in the process of contacting them to make them aware of the mistake, and of course, our commitment to re-fund the extra charge.

“We take this seriously, and want to assure our members that we will make them whole,” he wrote.

Liquid Xanax Online These actions may not fully satisfy the California Department of Insurance. Janice Rocco, deputy commissioner for health policy and reform, wrote in an email that insurers have cooperated with her agency and refunded premiums when questions arose, so “we hadn’t been focused on what the potential legal violations might be.”

She said insurers may have violated the law in two ways by deducting funds from customers’ bank accounts electronically. “Moving a policy-holder from one product to another would be considered a ‘material change’ that would trigger a requirement in law to provide information about how to cancel the electronic funds transfer agreement. We did not see any notice of how to cancel an electronic transfer of funds in the policy cancellation notices, so there may be some violations of law in this regard.”

Beyond that, Rocco said, some of the new products used by two health insurers were technically “sold by one of the insurer’s affiliated companies with which that policyholder had no prior electronic funds transfer agreement, so that might be another area of potential legal violations,” she wrote.

Buy Real Xanax It isn’t known whether similar complaints have been lodged outside of California. But insurers in a number of states sent consumers letters saying they would be moved to new plans unless they said otherwise. (This letter was posted online by Politifact.) The Associated Press reported last month that at least 4.7 million people were told their old health plans were going away because they didn’t meet the coverage standards of the Affordable Care Act.

Can You Order Xanax Online Legally In the meantime, consumers have taken to Twitter to voice their frustration.