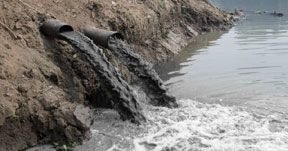 After five years of our state under the leadership of Governor Scott, our representatives are pointing their fingers at everyone, but themselves. Florida representatives have refused to address the algae-choked waters crisis around the state, and the Florida Environmental Regulation Commission voted in favor of allowing more cancer causing chemicals in the state’s waterways.

A Republican state senator from Miami, Miguel Diaz de la Portilla, called for the commission to reconsider its decision. “I cannot understand how allowing for the increase of not one but multiple known cancer-causing agents in our waterways throughout the state makes any logical sense,” Diaz de la Portilla declared in a statement he released following the vote.

Water is one of the most precious resources in the state, and our leaders have not effectively addressed this critical issue. The Commissioner of Agriculture, Adam Putnam has hid behind Governor Scott and no one has developed a sustainable plan to restore the collapsing ecosystem in the waterways.

It is truly appalling that there has been a cover-up with the condition of the environment and waterways in Florida. In 2011, the Scott Administration cut funding for spring protection, gutted the state’s water management districts, and refused to protect the environment with clean water.

Regional water management districts, whose budgets were cut by Scott in 2011, must be re-appropriated to operational levels to ensure access to clean and safe water. There is a water crisis in Florida, and water-quality standards need to be raised, not lowered.

“There are noisome algae in Lake Erie that’s been poisoning the drinking water of 500,000 residents back in 2014,” stated Lieutenant Colonel (LTC) Thaddeus Hamilton, US Army Retired. “This toxic algae can also be found in St. John, the Santa Fe, the Caloosahatchee, the St. Lucie, and other Florida rivers.” Lieutenant Colonel Hamilton has worked 36 years with The US army, the United States Department of Agriculture, and the National Resources Conservation Services.

As a result of the noisome algae poisoning the drinking water, it can cause vomiting, rashes, lung and liver diseases.  There is excessive runoff from septic tanks, landfills, agriculture areas all around the state, and there are toxic dumping grounds in minority communities, which make the residents sick.

Florida is facing an environmental disaster around the state, and the economy and communities are suffering. Governor Scott and our representatives are trying to cover-up the magnitude of this disaster by playing politics, and blaming the federal government. But, when beaches are being closed down, the water smells like cow manure, and boaters and fishermen are canceling their reservations, it is time for action.

When Floridians can see and smell a guacamole-thick muck in our water, it is not safe to drink, wash, or touch. What happened in Flint can also happen in Florida, if the residents don’t demand clean and safe water. It will take billions of dollars to correct the environmental disaster confronting Florida today, and there is no time to waste.