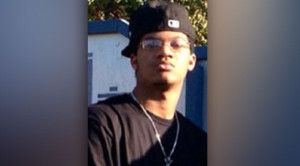 The Dolphins had their first test on Sunday, a road game against the rival Patriots. The Dolphins added some new additions this offseason to help strengthen their defense  including rookie defensive lineman Raekwon Davis from Alabama, Emmanuel Ogbah from the Chiefs, Shaq Lawson from the Bills, Kyle Van Noy from the Patriots, and cornerback Byron Jones from the Cowboys. This newly assembled defense was put to the test yesterday against the run game of the Patriots; it showed flashes of good play, but it gave up some big yards also.

Cam Newton had a solid game overall completing 15 of 19 passes with 155 passing yards with no touchdowns or interceptions. However, it was his rushing that made it a long day on the defense with 75 rushing yards on 15 carries with 2 touchdowns. Four other running backs and a wide receiver combined for 132 yards rushing and one touchdown. The Dolphins were only down 7 to 3 at halftime, they tried to make a comeback in the fourth, but their attempt was thwarted by the Patriots with a costly interception.

Ryan Fitzpatrick was the starting quarterback for the Dolphins, and Sunday could have gone better for him. He passed for 191 yards, completing 20 of 30 passes with no touchdowns with 3 interceptions while rushing for 18 yards on 5 carries. The running game was not much help either with 3 running backs combining for 69 yards and one touchdown, scored by Jordan Howard. This was a game to forget for the Dolphins Sunday. It is always upsetting to lose, but it stings even more to lose to a rival.

This was only the first game and Dolphins fans should not hit the panic button just yet. Their next game is another rival against the Bills, this time at home. The Bills won their first game against the Jets. This will be another tough game, but they have until Sunday to review tape and fix any mistakes before they take the field. With the defensive pieces they added, I believe that they can come together and put up a better game than the last one. If they want to come away with a win they must bring their A game and put Sunday’s game behind them and focus on this one. Will they be 0-2, or 1-1?