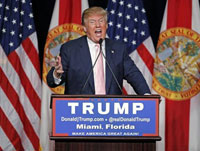 The United States embargo against the Cuban government is a commercial, economic, and financial embargo imposed in March of 1958. In 1960 the U.S. placed an additional embargo on exports to Cuba except for food and medicine after Cuba nationalized American-owned Cuban oil refineries without compensation. In 1962 the embargo was extended to include almost all imports.

The UN General Assembly has, since 1992, passed a resolution every year condemning the ongoing impact of the embargo and declaring it to be in violation of the Charter of the United Nations and international law. In 2016 the U.S. voted with the rest of the UN family to lift the sanctions on Cuba.

Subsequently the Obama administration initiated easing of the 58-year-old embargo by announcing that the U.S. would allow individuals to travel to Cuba for “people to people” educational trips and lift limits on the use of American dollars in transactions with Cuba, wiping away stiff restrictions on travel and commerce. President Obama also prepared to make a trip to Havana, the first visit by a sitting American president in 88 years. “We are not seeking to impose regime change on Cuba,” Mr. Obama said, asserting that “the embargo is outdated and should be lifted.”

“This directive takes a comprehensive and whole-of-government approach to promote engagement with the Cuban government and people, and make our opening to Cuba irreversible,” Mr. Obama said in a statement. “Challenges remain and very real differences between our governments persist on issues of democracy and human rights but I believe that engagement is the best way to address those differences and make progress on behalf of our interests and values.”

As the U.S. eases its commerce and travel restrictions in Cuba, hundreds of airlines, hotel chains, telecommunication firms and other companies became anxious to begin the business process. Corporations such as Airbnb, Tyson Foods, Cargill, Mastercard, Net flick, several airlines and cruise ship companies have begun doing a robust business in Cuba. The partial lifting of the embargo was a positive step in the right direction. It was another one of Obama’s signature legislative initiatives.

Eleven million Cubans celebrated when Obama lifted the embargo. They saw hope and renewed relations with their families in Florida. To placate the 856,000 Cubans living in Miami Florida, Trump, during a recent visit to Miami, declared, “ the Obama administration’s “terrible and misguided deal” benefits only the Castro regime. He said the regime, founded by Fidel Castro and now run by brother Raul, has spread “violence and instability” throughout the region.

“Effective immediately, I am canceling the last administration’s completely one-sided deal with Cuba,” Trump declared as he made a full-throated assault on the government of Cuban President Raul Castro. Cuban President Raul Castro’s administration said Trump’s speech was “loaded with hostile rhetoric that recalls the times of open confrontation.” Rep. Tom Emmer, R-Minn., said Trump’s policy was “misguided” and will hurt the U.S. economically.

His rhetoric belies his actions. In truth very little has changed with Obama’s  easing of restrictions on Cuba.  Trump knows the embargo has to be lifted but he does not possess the political intellect to structure a deal that will work both for Cuba and the United States.  The alternative is to claim he is ‘cancelling” the Obama order to institute his own. Just like “Repeal and Replace” Obamacare is in limbo, so will be the Cuban embargo. Nothing will be done.

His vision is blinded by his obsession to discredit Obama and to destroy his legacy. His entire speech was designed to vilify Obama and protect his Cuban vote in Miami, Florida.  Through it all, Obama has abided by the words of Richard M. Nixon, “Always give your best, never get discouraged, never be petty; always remember, others may hate you, but those who hate you don’t win unless you hate them, and then you destroy yourself.”

Donald Trump is well on his way to self-destruction. His obsession with the destruction of Obama’s presidential legacy prohibits him from being positive and creative. He cannot pass any legislation that benefits the masses. Everything he proposes, benefits few and hurts millions. Imagine his health care package, his budget, and his “Law and Order” posture. He has signed more than 32 executive orders since taking the office of POTUS and most of them were reversing orders signed by Barack Obama.

Returning 11 million Cubans to the conditions of the 1950’s to placate 856,00 Cuban Americans in Miami, Florida is wrong and cruel. Furthermore, the whole of the 856,000 Cubans in Miami, Florida does not agree with Trump’s reversal of the Obama executive orders on Cuba.

Trump, in his speech to the Cubans in Miami, methodically recited every perceived and erroneous atrocity committed by the Castro regime designed to foster hate between the Cuban Americans and the people of Cuba. All for a handful of votes!

Hasn’t America had enough of Trump inciting violence among his supporters in order to put down someone he is competing with?

Do we want another tragedy like the one in Alexandria VA wherein Louisiana Rep. Steve Scalise was critically wounded? Do we want a repeat of the Trump presidential campaign wherein he personally promoted violence against protestors?

Tell Donald Trump to tone down the negative rhetoric and give humanitarian diplomacy a chance to prevail.

Even while white Southerners denied enslaved people in those states the rights guaranteed to citizens, they still demanded that the enslaved people’s bodies be counted in the census. The Southerners made this demand because the size of a state’s population determined how many representatives those states would be granted in Congress. The more representatives a state had, the greater the state’s power in the federal government.  […]