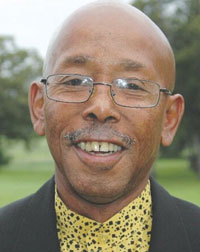 The NOKOA Newspaper Is in Trouble. Here’s How You Can Help. Akwasi Evans says that NOKOA’s struggle for survival is tied directly to the intent of the oligarchs to silent dis-sent.

Have you missed us, lately? We had a lot of news we wanted to share with you, but we couldn’t afford to print it. Each week it gets harder both mentally and physically. This job used to be fun. I still enjoy the service and I love being a crime fighter, but with dwindling resources and unpredictable support, my ability is waning. We can and do speak truth to power. Power can and does shut us up. The corrupt, destructive powers that prevail can squash a small, semi-weekly, pip-squeak paper like NOKOA without staining the soles of their shoes. Hu-man exploitation is a crime and we fight it with our words.

This newspaper has rendered a service unmatched by any other Austin weekly in this city’s history. That’s not bragging; that’s a fact. We haven’t done a better job than anyone else, but we have definitely done jobs most other newspapers wouldn’t touch with a ten-foot pencil.

When the system abuses pigmented people, NOKOA exposes the imbalance in power and the disparity in wealth. When the elites unleash a plan like Agenda 21 for “sustainable development,” NOKOA warns you to beware of genetically modified organisms, industrial waste and pharmaceutical genocide.

NOKOA’s struggle for survival is tied directly to the intent of the oligarchs to silent dissent; if they silence the lamb, the sheep won’t question the slaughter.

We won’t go quietly into that good night and we won’t let them wipe you out without warning you of what’s coming and alerting you to options for survival.

I was on the front lines in the war against God’s people long before I started NOKOA, but this voice gave me access to the masses I couldn’t reach through poetry and public speaking.

I joined the Civil Rights Movement as a teenager and I’m on active duty in the struggle to take on the architect of global domination and human subjugation. NOKOA is one of my most powerful weapons in that struggle and to effectively use it, we need you to provide us with ammunition.

We need money to make the difference you deserve and you need to value yourself enough to stop giving all your money to those trying to destroy you and contribute to those trying to save you. Don’t you realize that people are making a profit off of making you sick? Why else would they put artificial colors and dyes in stuff they call food? Why would they mostly sell produce poisoned with pesticides that is packaged in containers treated with cancer causing chemicals?

Some communities are gradually transitioning from becoming expendable to becoming obsolete. We’re being replaced by machines that are more efficient and cost less to maintain. Pharmaceuticals and the food chain are meant to kill you slowly. Warmongers and chaos profiteers don’t think that armed conflicts and worldwide disasters are killing enough people fast enough. People have become the problem that the powerful have decided to solve by eliminating the undesirables en masse. We are the undesirables. Everybody who isn’t a millionaire is an undesirable and even some of them are on the second tier for termination.

If the corrupt corporate community we are challenging and exposing won’t respect our place in this media landscape, our readers must fill the void. NOKOA needs you to contribute to keeping our voice relevant. When you see me, give me some money. When you read this, send us some money. I’m not kidding and I’m not begging; you need NOKOA now more than a hog needs slop.

One of our objectives is to give you the honest truth; one of your objectives is keeping NOKOA and Black Press afloat.  Make your contribution to our continued service. Any contributions will be appreciated. Hand me a quarter or a dollar, when you see me on the street. Mail us a check or wire us a donation. Tell the people you spend money with to show that they respect your business by advertising in NOKOA or your local Black newspaper. And don’t just do it for me; do it for yourself. Our combined worth is immeasurable.

NOKOA has proven its worth over the past three decades and the next couple of months are going to show how much the masses need Black-owned media.

Support the Black Press, so that we can support you.

Pressed on Every Side…But Not Defeated

Pressed on Every Side…But Not Defeated […]

We Must Support Media Groups that Support Us

We Must Support Media Groups that Support Us […]