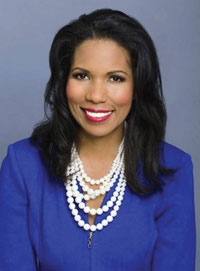 (Part I of a III Part Series)

In February 2014, Dr. Roslyn Clark Artis became the 13th and first female President of Florida Memorial University. According to her biography in FMU website, her vision for the only Historically Black University in South Florida has been “innovations in the Institution’s infrastructure, technology in education and increased exposure as well as resource development for FMU.” As it stands, FMU “is among the leading Historically Black Colleges and Universities in the nation, leveraging partnerships with public and corporate partners to develop academic, training and certification programs in emerging markets such as Energy and Environmental Science, Cyber Security, Homeland Security, Business and Aviation. It also offers a robust Study Abroad Program and an award-winning Broadcast Communication Program that includes a focus on Public Relations.”

In a recent interview, Dr. Roslyn Clark Artis sat down to share her challenges and achievements during her tenure at FMU.

GC: How did it feel to become the first female President of one of the oldest Historically Black Institutions of higher learning in the State of Florida?

RCA: It is a heady feeling to be the President of a university. The opportunity to touch students in a very real way, to participate in their development and their growth and to help them achieve their academic goals is certainly a lofty responsibility. To lead a HBCU (Historically Black College and University) in my opinion is a pinnacle because we are helping students who look like us to reach their educational goals in a world that does not necessarily recognize them for who they are. And so, I was incredibly honored. In fact, I often characterize it as the honor of my life to have this chance to lead Florida Memorial University.

GC: Where did you grow up and who were the people who impacted your life?

RCA: I was born in Springfield, Massachusetts but my family relocated to Southern West Virginia before I was in elementary school. So, I grew up in a small, relatively rural, what I would call homogenous community. We lived in a Black neighborhood in Southern West Virginia which is somewhat of an enigma (it’s a 3% minority state). And the people who impacted me for the most part were my village. So the children I played with and their parents would very much subscribe to the village model. Any of them could correct us at any time. Any of them could engage us at any time. Both my parents, of course, were an influence: my father, in terms of his work ethics, my mother in terms of her resilience. They were both good role models for me. And I had an extended family of teachers, community members who encouraged and supported me. So it was a great place to grow up.

GC: Your biography shows you have two degrees, one in Law and the other in Education. How does such educational background help with your job?

RCA: Tremendously! I did not start out to be a higher education administrator or in fact in education at all. Rather, after completing my undergraduate degree at an HBCU, I went to Law School with the intent of practicing Law for the duration of my career. No intention at all to go in higher education. When I made the transition into higher education, of course, I acquired a second doctorate but I do not regret at all having a law degree. It assists me with critical thinking, digesting large amounts of materials quickly, decision-making, advocacy, being very clear about my thoughts before I open my mouth (I’m not sure I always do that, but I try!). So a Law degree has been incredibly helpful and of course, the doctorate in the education field.  The process of writing a dissertation is simply invaluable. You don’t feel it at the time but in retrospect, the discipline required to complete that task is significant. It certainly creates a level of confidence.

GC: When you began your tenure at FMU, what main challenges did you face and how were you able to overcome them?

RCA: I think the primary challenge for me was first relocating to a community that was so incredibly different from the one I was leaving (as I said, Southern West Virginia: a somewhat homogenous, much smaller, very rural environment) into Miami, which is as you know, incredibly diverse, crowded, exciting and active. So, just getting acclimated to the community was an initial challenge. I am so grateful for people who reached out, whether it was fraternities, sororities, churches, social groups, people on the campus, the Board of Trustees who kind of pulled me into South Florida and the life of South Florida. On the campus, the challenges were more concrete. We had some significant financial challenges when I arrived that needed to be addressed right away. We found our campus (though beautiful by every standard) certainly was a little dated. We had some difficult maintenance challenges, unfinished construction projects that needed to get moving and we had a technology infrastructure that was not necessarily state-of-the-art. So those were the things I fixed on first and foremost as challenges to overcome in the first couple of years.

GC:  As the birth place of the Negro National Anthem “Lift Every Voice and Sing,” how has FMU’s rich history influenced your decisions and how has it played into your legacy?

RCA: That is a great question! I think “Lift Every Voice and Sing,” the Negro National Anthem, is a mantra for most of us as we think about “We have come over a way that with tears has been watered,” the lyrics of the song that speak to the experiences of Blacks in America and the resilience that was necessary for us to sustain these many years. Florida Memorial really has chartered that path in so many ways, founded of course in 1879. When you think about slavery ending in 1865, really 14 years later, Florida Memorial kind of was springing forth as an opportunity for young people. And it did not just open and continue to grow. It went through some trials and tribulations: some moves, some shifts, some renaming, re-branding, and ultimately, given the struggles of the civil rights era, our kids were amazing advocates. They participated in sit-ins and marches in St. Augustine, Florida, so much so that they were in danger. And they had to relocate to South Florida. So, when you think about that kind of resilience, you cannot help but work hard to attempt to put your best foot forward, to continue that good work, that legacy and history. It really is a motivational factor for me.

GC: What do you see as FMU’s historical heritage?

RCA: I think our legacy of advocacy, certainly, education is outstanding.  Education is the purpose for our existence. It’s why we’re here. But we are so much more than that. Most Historically Black Colleges have a deep and abiding history, born out of the struggles of slavery, rife with stories of resilience and overcoming – we still rely on those skills today, things have not changed as much as we would like to think they have. And so our work is far from done at Florida Memorial. Recently, the University awarded a posthumous Bachelor’s Degree to Trayvon Martin – in some small way, we were sending the message that his life mattered and that the lives of all of our young people matter.  That degree was a symbol of lost potential.  It is our job to ensure that no life is wasted.