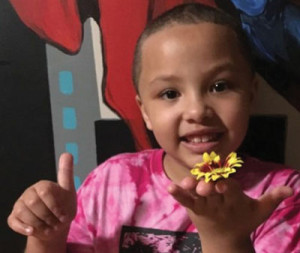 A Dracut, Massachusetts mother has expressed her anger after someone shaved her daughter’s head at school without her consent.

“I am agitated,” she said. “I’m upset because it’s like my child was assaulted and violated.”

Her daughter, Tru attends the Little Heroes Group Home in Dracut because she has severe emotional issues. At certain nights of the week, Tru stays at home, and on this day, she returned home only for Robinson to see her daughter’s head shaved.

“I was furious with the school. My daughter Tru had a full head of long hair when I last had her. Tru’s hair was down her back, very long.”

Robinson was only told that a clinician permitted to have Tru’s haircut done. In a statement, the school said:

“The program employs a diverse staff that is attentive to the needs of all children. Decisions regarding grooming are based on several factors, including hygiene.”

But Robinson was not satisfied with the response. “There was no hygiene reason for them to shave my daughters head,” she said, adding that there was no head lice and no bed bugs.

“There was no “Rasta locks” going on. Tru’s hair was two ponytails on the side on Saturday, and it was braided in the ponytails.”

Robinson says she was told by the Department of Children and Families director that they would call her regarding anything with her daughter, and she just hopes that they keep that promise.

“Decisions regarding grooming are based on a variety of factors, including hygiene,” the group home said in a statement. “A review of the circumstances is underway to determine what occurred and, if necessary, appropriate action will be taken.”

According to Robinson’s attorney, Richard Kendall, a volunteer at the hair salon told Tru, who is biracial, that by shaving her head, her hair would grow back straight.

According to its website, Little Heroes is a co-ed intensive group home for boys and girls ages five to 11 who have social, emotional, behavioral or mental health problems. Robinson now wants to remove her daughter out of the facility.