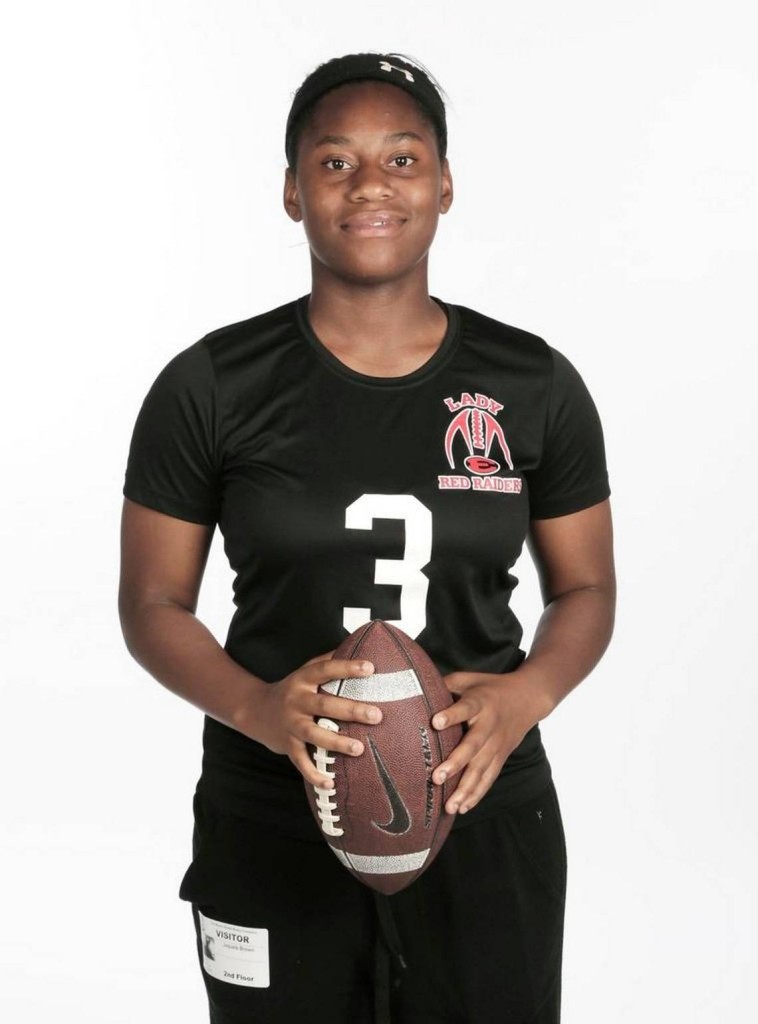 Edison’s Jaquala Brown connected with Ruth Raymond for an 18-yard touchdown on the final play of the flag football state championship game to make 25-6 as Tampa Robinson would win by mercy rule at the two-minute warning. José A. Iglesias jiglesias@elnuevoherald.com

GAINESVILLE It wasn’t the ending that the Edison Red Raiders were looking for to cap a historic season as the first team from Miami-Dade County to play for a flag football state championship Saturday morning at Citizens Field in Gainesville. The Red Raiders were defeated by the Tampa Robinson Knights 25-6.

It wouldn’t take long for Edison (15-2) to find out that Robinson (18-0) was sold as advertised as the defending Class 1A state champion. Tampa took less than three minutes off the clock to cap a five-play, 66-yard drive when Olivia Salzman found Emily Draper to go up 6-0.

On Edison’s first drive of the game, it found Robinson’s defense ready to do whatever it took to compete against the athleticism on the Red Raiders roster as Robinson’s Sarah Jennewein grabbed up a pair of sacks. The two sacks forced an early three-and-out for

In what started to become a defensive battle for almost the rest of the first half, Edison managed to tighten down on things and forced Robinson to turn the ball over on downs after four plays.

In the second half, things continued to go south for Edison as the Raiders were quickly forced into a three-and-out by Robinson’s staunch defense, but pressure by Edison forced Robinson to convert that three-and-out into points on their first drive of the half.

Edison’s Jaquala Brown connected with Ruth Raymond for an 18-yard touchdown on the final play of the game to make 25-6 as Robinson would win by mercy rule at the two-minute warning.

“It was a great experience for us,” Hall said. “We didn’t plan on having the score look like the way it was. First time here, young team and hope to be back again. We just ran into a real high-profile team, a team that is used to winning.”