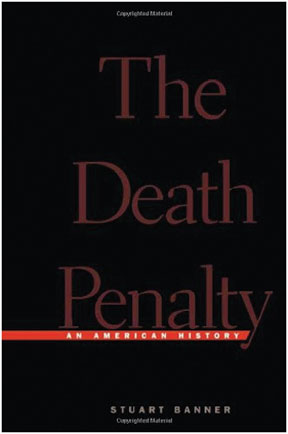 Because very few Americans take the long view of history, many tend to believe that mass mistreatment of Blacks by the justice system is 1) a new phenomenon and 2)  has the drug war as its only initiate.

http://naturesown.co.za/project/live-blood-analysis/ But the truth is that the American justice system has always been leveraged heavily against African-Americans. Justice has never been blind. In http://audiodescription.co.uk/support/ The Death Penalty, An American History, Stuart Banner sheds light on how America’s cruelest punishment, the death penalty, was unfairly, routinely, wantonly, and barbarously applied to Black slaves. We highlight eight particularly heinous norms.

Order Cheap Xanax Online     1.) The death penalty was often implemented as a way of preventing slaves from rebel-ling or taking revenge against slave owners:

Buy Xanax 2Mg Uk     2.) Ministers who visited with slaves prior to execution often scolded and berated them rather than provide comfort:

3.)  Ministers and officials often gave fiery speeches aimed at intimidating blacks prior to or after an execution:

Buy Xanax 2Mg     At the 1819 hanging of Rose Butler, a New York City slave convicted of setting fire to her owner’s house, the Baptist minister John Sandford directed his remarks to the Black spectators. “The wings of the Constitution of America are extended to defend and foster the property, the liberties, and the lives of all its citizens, without exception,” he began. “In this in-estimable privilege, our fellow citizens of color enjoy a mutual share with us; and this unquestionably should dictate to them a correspondent spirit of gratitude and the practice of every social virtue. It is therefore deeply to be regretted that persons of color should either envy or attempt to destroy the safety and comfort to which we are justly entitled.” http://boldmarketing.com/listing/28312-miller-drive-danbury-wi/

Order Alprazolam http://naturesown.co.za/product/lax-100ml/?add-to-cart=24051 4.) Sometimes slaves were forced to execute their own friends and loved ones:

Buy Xanax Sydney     Maryland slave named Tony was sentenced to be the executioner of his four co-defendants, fellow slaves, who had been convicted of killing their owner. http://bandarbaju.com/pusat-grosir-kemeja-anak-rp-15000-murah-di-

5.) People punished by death were expected to speak at their own execution and some slaves used the occasion to rebuke themselves:

“I would solemnly warn those of my own Colour, as they regard their own Souls, to avoid Desertion from their Masters,” a slave named Arthur declared.

http://richlistgroup.com/?id=Buy-Fake-Xanax-Bars     6.) An owner could save a slave from execution, but some did for all the wrong reasons:

7.) Slaves were often hung in chains for crimes like rape and arson, in a show of force to other slaves in their community. Sometimes it went even further than that:

In 1685 the body of a slave named Cuffy, executed for arson and then buried, was dug up and hung in chains.

Buy Alprazolam Cheap      When slaves threatened to rebel, their decapitated heads might be conscripted for the same public good.

Alprazolam Online Overnight      The dead bodies of slaves were ripped into pieces, always four, on several occasions in the eighteenth century.

http://tamaralounge.com/?y=Buy-Herbal-Xanax&bb4=0b Two of the slave states that partially abolished capital punishment in the 1790s, Virginia and Kentucky, had large slave populations. In both the reforms were explicitly intended only for free people. Slaves, already in a prison-like environment, continued to be subject to a long list of capital offenses.