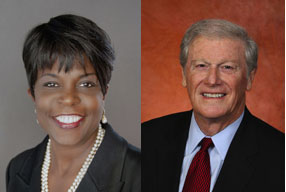 TALLAHASSEE, FL —The unanimous decision by the Florida Board of Governors means the 33 year old partnership of the Florida A&M University and Florida State University College of Engineering will continue.

The universities have agreed to collaborate on the necessary changes to improve areas the board deemed necessary to improve the schools overall performance.

A council of FAMU /FSU officials will work to merge student activities and academics while also updating facilities. Budgeting for the joint school will no longer be managed by each individual school but as one effort.

The council will also provide the BOG with report on research funding enrollment, ethnic and gender graduation rates recruiting, hiring and promotions.

Last year a legislative plan would have split the schools leaving FAMU to build a new school virtually from the ground up. The newly arrived FAMU President Elmira Mangum faced down the legislation adamantly opposing it. The legislature did not pass the plan but instead instructed the Board of Governors to complete a study of the school.

President Mangum described the agreement as “A victory for students, the state of Florida and the nation.”

It became clear in December of 2014, that severing the school was unlikely when the BOG revealed the estimated cost at $1 billion.  The decision was to fix the union to benefit the needs of both institutions.

Mangum has launched a Sustainability Institute at the nation’s number one public historically black university. The institute will utilize innovation and research generated STEM programs to ensure a good quality of life in the future.  The engineering program is a vital part of preparing us for the world we will live in.