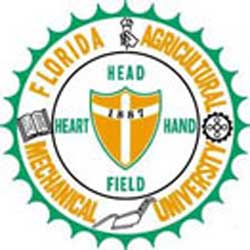 By Michael Peltier The News Service of Florida

THE CAPITAL, TALLAHASSEE, FL – Recently (June 27, 2012), budget cuts and a deluge of public records requests are preventing Florida A&M University from getting out “a positive message,” university officials told a skeptical board of trustees Wednesday.

Originally expected to discuss ways to improve the university’s image in the wake of a flurry of negatives capped by the November hazing death of Marching 100 drum major Robert Champion, the board instead spent most of its time wrangling over financial issues relating to FAMU’s budget, direct service organizations and its communications office.

The budget talks were necessitated after the state university system Board of Governors last week reduced FAMU’s request for a 15 percent tuition increase to 12 percent.

Throughout the two-hour meeting, board members expressed frustration over what they said was a lack of information from university officials affecting a wide range of issues, from deficits in the athletic department to information about a $1 million request to boost FAMUs public relations efforts.

The budget discussion superseded the board’s original agenda item dealing with how to improve the university’s image following Champion’s death, concerns about fraud in audits and other negatives that have hobbled the historically Black college.

One major issue of contention was a request from the FAMU communications office for $1 million to market the school. Communications Director Sharon Saunders said the money was needed, in part, because her office has been flooded with public records requests pertaining to Champion’s death and a host of other issues. Her staff has little time for anything else.

“The demand for filling the public records requests takes all of our time” Saunders said. “We don’t have the time to get the positive FAMU message out.”

That led trustee Rufus Montgomery to express concerns that requests for information were not being timely addressed. He then asked for details on how the department was handling information requests and how it planned to spend the additional $1 million.

“Now is not the time to pour more money into something that doesn’t seem as if it is being handled properly,” Montgomery said.

Trustees also balked, at least temporarily, on an athletic department budget proposal that did not include any details requested months ago by trustees on how the department’s direct support organizations, or booster organizations, planned to deal with an expected $1.1 million deficit for the coming year.

Overall the athletic department is about $7 million in the red. With the Marching 100 disbanded for the upcoming year, Montgomery said the financial situation will likely worsen. Yet the department’s support organizations apparently made few if any changes to last year’s budget request.

“If they can ask for the money, they ought to be able to defend what they are doing with the money,” Montgomery said.

Trustees voted to withhold approval for the athletic department request and asked communication office officials to respond in writing by July 11 on how the $1 million would be spent. The board’s next meeting is scheduled for September.

block all of the president’s proposals and initiatives. […]