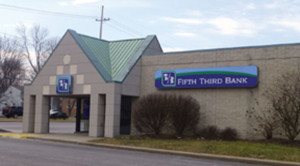 (TriceEdneyWire.com) — The Consumer Financial Protection Bureau has announced two separate actions against Fifth Third Bank, for discriminatory auto loan pricing and for illegal credit card practices. The joint CFPB and Department of Justice (DOJ) auto-lending enforcement action requires Fifth Third to change its pricing and compensation system to minimize the risks of discrimination, and to pay $18 million to harmed African-American and Hispanic borrowers.

The CFPB’s action against Fifth Third’s deceptive marketing of credit card add-on products requires the bank to provide an estimated $3 million in relief to eligible harmed consumers and pay a $500,000 penalty.

“We are committed to promoting fair and equal access to credit in the auto finance marketplace,” said CFPB Director Richard Cordray. “Fifth Third’s move to a new pricing and compensation system re-presents a significant step to-ward protecting consumers from discrimination. We are also obtaining millions of dollars in relief today for consumers affected by deceptive marketing of credit add-on products.”

Auto loans are the third-largest source of outstanding household debt in the United States, after mortgages and student loans. When consumers finance automobile purchases from an auto dealership, the dealer often facilitates indirect financing through a third-party lender like Fifth Third, which is the ninth largest depository indirect auto lender in the United States.

As an indirect auto lender, Fifth Third sets a risk-based interest rate, or “buy rate,” that it conveys to auto dealers. The bank then allows auto dealers to charge a higher interest rate when they finalize the deal with the consumer. This is typically called “dealer markup.” Markups can generate compensation for dealers while giving them the discretion to charge consumers different rates regardless of consumer creditworthiness. Over the time period under review, Fifth Third permitted dealers to markup consumers’ interest rates as much as 2.5 percent. According to CFPB, Fifth Third’s actions:

Under the CFPB order, Fifth Third must:

– Pay $18 million in damages for consumer harm: Fifth Third will pay $12 million into a settlement fund that will go to harmed African-American and Hispanic borrowers whose auto loans were financed by Fifth Third between January 2010 and September 2015. Based on a determination by the DOJ and the CFPB, Fifth Third will receive credit of between $5 million and $6 million for remediation it has already provided to harmed consumers whose auto loans were financed by Fifth Third from January 2010 through June 2015. Fifth Third will then pay any additional funds necessary into the settlement fund to bring its total payment to harmed consumers to $18 million.

The CFPB’s order also requires that Fifth Third provide $3 million in relief to roughly 24,500 customers, cease engaging in illegal practices, and pay a $500,000 penalty to the CFPB civil penalty fund.