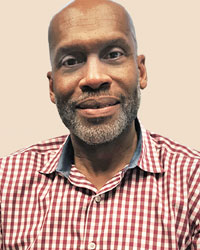 Fighting the toll of STIS in Black communities

While sexually transmitted infections (STIs) are a concern for all, statistics show that Black people are particularly at risk. A Brown Bag Lunch Webinar hosted by the Black AIDS Institute in November 2017 highlighted some structural, community and individual interventions that can make a difference.

There are three basic types of STIs:

The webinar, led by David C. Johnson, senior public health adviser for the Office of Health Equity, Division of STD Prevention for the Centers for Disease Control and Prevention (CDC), started off with a look at statistics affecting Black communities. Among the findings: Blacks had higher reported rates of chlamydia, gonorrhea and syphilis in 2016 than other races, according to the CDC. MSM in particular have been hard-hit by syphilis.

Looking Beyond the Numbers

There are also some myths about STIs that many people buy into, said Erica Lillquist, a program manager for the Black AIDS Institute. For example, some people believe that you can tell by looking whether a person has an STI, which is false, since many STIs have no visible symptoms. Another harmful myth is that only people who have multiple sexual partners need to be concerned about STIs, when, in reality, you can get STIs from a single partner.

Not only can people living with HIV/AIDS (PLWHA) become infected with other STIs, but STIs can also contribute to someone’s risk of HIV. Some STIs cause open sores, which may heighten someone’s chances of contracting HIV.

Encouraging people to get tested for STIs is critical to lowering the rates of infection in Black communities.

Setting Up Interventions That Work

The webinar went on to cover how structural, community and individual interventions can all make a difference in the fight against STIs.

Among the structural interventions that can help decrease the transmission of STIs:

There are also community interventions that can lead to better health outcomes in the Black community. Among them:

When it comes to decreasing the risk of STIs in Black communities, every person can play a part. Individual Interventions that make a difference include peer education and events designed to bring the community together to talk about sexual health.

In order to create a healthier community, sexual health must become a topic that people in the Black community feel comfortable talking about and taking action on. “What we must do is beware of social and cultural issues that stigmatize, demonize and isolate vulnerable populations of color,” Johnson said.

Tamara E. Holmes is a Washington, D.C.-based journalist who writes about health, wealth and personal grow