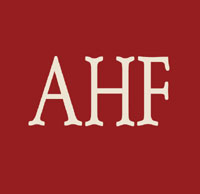 TALLAHASSEE- Positive Healthcare (PHC) today filed suit against the Florida Agency for Healthcare Administration (AHCA) to enjoin the agency from recklessly moving thousands of patients to a for-profit health plan.  Thousands of vulnerable individuals living with HIV in Florida are at risk of losing the life-saving, sensitive care and services they need if AHCA’s actions are allowed to proceed.

PHC a non-profit, managed healthcare plan administered by AIDS Healthcare Foundation (AHF), the largest provider of care to people living with HIV and AIDS in the world, has provided life-saving coverage for thousands of individuals living with HIV in Miami-Dade and Broward Counties, Florida since 1999.   After Former Florida Governor Rick Scott and his team at AHCA decided not to renew the PHC contract the organization was forced to take legal actions to protect its patients and to reverse AHCA’s decision.  In December 2018, a state Administrative Law Judge ruled in PHC’s favor, finding that AHCA failed to follow proper procedure in reviewing and scoring bids to contract as health plans for patients with HIV and saying the agency should re-do the process to select HIV specialty plans, but in a stunning rebuke to the ALJ, the Scott administration refused to accept the judge’s ruling and moved ahead to exclude PHC from remaining a health plan for people living with HIV/AIDS, and moving forward with for-profit, Simply Healthcare as the sole HIV/AIDS plan for patients in South Florida

In December 2018, PHC asked the Florida Court of Appeals to reverse the prior governor’s decision, and this matter is still pending.  Though state law prohibits AHCA from moving PHC’s patients into a new health plan while the challenge is still ongoing, the Agency is flouting the law by robo-calling all current PHC patients to tell them the plan’s contract will be ending and that these patients would have to select a new plan. Patients are being told they have no choice but to enroll with the for-profit plan, Simply Healthcare, a plan that doesn’t provide for the sensitive level of life-saving care needed for those living with HIV.

For two decades, AIDS Healthcare Foundation has been committed to fighting HIV/AIDS in Miami-Dade and Broward Counties, the epicenter of the nation’s HIV epidemic, with highly-qualified and trained medical staff in numerous healthcare centers in the area that provide an integrated, one-stop approach to addressing HIV/AIDS that other plans cannot duplicate.

“Former Governor Rick Scott showed no leadership on addressing the critical healthcare needs of those living with HIV, even given the devastating impact of this epidemic across the state, as leading the nation in terms of new HIV diagnosis.  And now AHCA has taken the extraordinary step of trying to transfer patients out of their long-standing medical home in violation of state law.  These actions exemplify the complete disregard for this vulnerable population of our community that permeated throughout the Scott administration, and we’re asking the courts to stop this nonsense before patients are irrevocably harmed” stated Michael Kahane, AHF Southern Bureau Chief.

AHF believes that providing care to this vulnerable population is a priority to Governor DeSantis, unlike the former administration.  As the new leader of the state of Florida, Gov. DeSantis can set a response to this epidemic as a priority and take leadership on ensuring that all of the people of Florida have a right to choose their medical provider and that this type of frivolous action is not upheld that negatively interferes with the sensitive care that those living with HIV need to stay alive, by immediately intervening and continuing AHCA’s contract with PHC.

According to recent statistics from the Centers for Disease Control (CDC):

Florida ranked 1st among the 50 states in the number of HIV diagnoses;

Three Florida cities, made the top 15 cities nationally, when it comes to number of people with HIV. Miami is at the top of the list, with Jacksonville and Orlando at the tenth and 11th spots, respectively; and