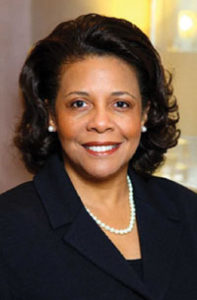 “At a time of national debate about the role of higher education and particularly liberal arts colleges in our society, EWC was seeking an intellectual and scholarly leader who is bold, dynamic, entrepreneurial, and collaborative,” EWC President A. Zachary Faison Jr., said. “I am more than confident that we’ve found just that in Dr. Oliver and I look forward with great anticipation and enthusiasm to working with her to advance the competitiveness of our overall academic and institutional profile.”

http://artists-atelier.com/wp-content/uploads/2017/11/Rou-out-further-H@2x.jpg It is Dr. Oliver’s second stop in Jacksonville as EWC provost, previously serving at the institution during the 2007-08 academic year. She also served as provost at Bennett College and as director of Leaders for the 21st Century at Elon University.

“I am eager and excited to join in partnership with the outstanding community of faculty scholars and dedicated higher education professionals at Edward Waters College,” Oliver said. “I am also deeply inspired by President Faison’s tremendous vision and am honored to be chosen to support his progressive leadership as he leads EWC to unprecedented new heights of emerging eminence.”

Where Can I Buy Xanax Forum