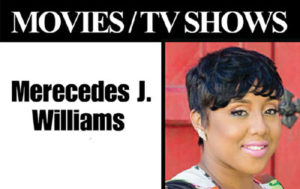 One might think this is just a conversation amongst friendly celebrity buddies, but in a screenplay composed by Kemp Powers, we find out that this night is a turning point for all four men. 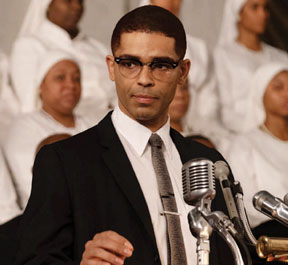 But it is true. It is difficult to play a non-fictional character, especially for Hodge, who played Jim Brown, the film’s only living historical figure. Hodge admits that he was nervous, but he’s already hearing great re-views from Jim Brown about “One Night in Miami.”

Odom, Ben-Adir, Goree and Hodge are an ensemble of strength and flair. It was a pleasure to witness so many phenoms at work simultaneously. Without hesitation, I have never seen four Black men in a historical context playing their hearts out. In movies such as “Selma,” “42,” and “Lee Daniels’ The Butler,” there’s a focus on one or two historical figures.

In “One Night in Miami,” there were four, and every man shined just as bright as the next.

The movie’s topics set in 1964, which the four men seem to dissect or disagree often, are topics that still stump strategists on CNN or cause havoc at the dinner table even today. Racial in-justice, civil rights, and the evolution of the Black man in a White society remain the focal points of police brutality, botched grand juries, and protests around the world.

“Art like this is a great as-set to the progressive healing that we need to see,” said Hodge, when asked about the relevant issues addressed in “One Night in Miami.”

Writer Kemp Powers added, “These four men, as much as they disagree, as heated as their dis-agreements become, at the end of the day they are working towards the same thing.”

In addition to the active Civil Rights Movement, every man was dealing with their own personal plights. Jim Brown debated if he wanted to throw in his cleats for a career in acting. Sam Cooke, who was murdered later that year, fought to be widely accepted and crossed over to pop music. Malcolm X grappled with his involvement with the Nation of Islam. Muhammad Ali, the youngest of the bunch, was about to embark on a journey in joining the Nation of Islam.

I fell in love with Regina King in “A Thin Line Between Love and Hate” (1996). If you are wondering why at the tender age of 8 I was watching an “R”-rated movie, well, mind your business. How else do I become a film critic?

Back to the film. King’s transformational trip from the big screen to behind the camera is explosive. Even the innocence and hiccups of a director’s first feature film still seem to work in her favor as we get an intimate look at cinema through her eyes. Everything about “One Night in Miami” is deep—the depictions, the cast, the dark and humid setting, and the dialogue.

It seems as if Kemp Powers created a mastery piece of literature, handed Regina King the baton, and the actors ran with it, bringing to life a picturesque execution.

“One Night in Miami” premiered in selected theaters on Christmas and is available now on Amazon Prime Video.