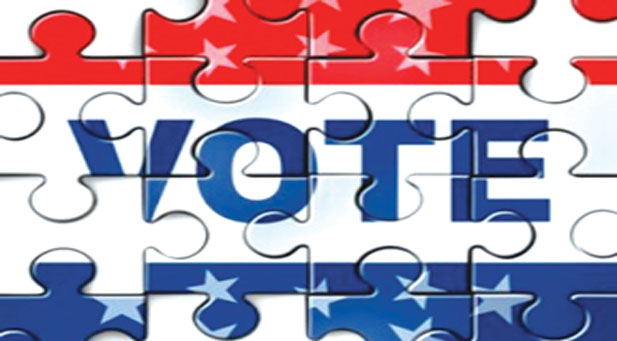 Four simple ways to help get out the vote

We’re one week out from Election Day, and the smart money says that it’s not going to be a fun day for Team Blue.

The FiveThirtyEight Senate forecast gives Republicans an approximately 60/40 chance of gaining control of Congress’ upper chamber, and no one is seriously considering large Democratic gains in the House. That means Republicans would control the House and Senate.

The one saving grace for Democratic Senate hopefuls is that the polls showing them trailing are based on likely voters. And, as we have seen in the last few election cycles, Democrats have the potential to over perform relative to polls by turning unlikely voters into actual voters when it counts.

So in other words, the polls aren’t skewed, but they can sometimes be beaten. Here’s how to do it, and here’s how you can help:

“What’s your plan to vote?”

In both academic and political settings, getting voters to make a plan for voting before Election Day has been shown to raise turnout by roughly four percent.

Just as athletes boost their performance by visualizing success on the field, voters are better voters when they have visualized where, when and how they will cast their ballots.

It doesn’t matter what the plan is, and it doesn’t matter whether it’s written down. What matters is that voters think ahead of time about the logistics involved with breaking their usual Tuesday routine and showing up to vote. You’d be amazed at how many voters don’t know where their polling place is.

Or, if you live in a state with early voting, go vote today and send other people over to do the same.

While all of the talk about the new slate of voter ID laws set to go into effect this year has been useful in pointing out how cravenly political the Republican Party has been in trying to re-engineer the rules of democracy in their favor, it doesn’t do us any favors when we then turn around and try to tell those most-affected by the laws to go out and vote.

Put simply, the harder voting is made to seem, the less likely a marginal voter is to decide that it’s a worthy investment of their time and energy.

In the run-up to Election Day, we should be pointing out that while it’s absolutely true to say the GOP is stating in plain, bureaucratic terms that they’d rather you didn’t vote, you can stick it to them via one of the many channels still available to you to cast a ballot.

“Turnout is going to be high”

We like to think that voting is an individual, personal thing. This is only true with respect to the actual act of filling out a ballot. Voting is an intrinsically social act, and people are far more likely to do it if they hear that everyone else is.

And is it really that surprising? When someone hears that turnout is going to be low, what they’re really hearing is that a whole bunch of other people are deciding that voting isn’t worth their time, so why should they bother? Clearly, not voting is a socially acceptable thing to do.

So all of the hand-wringing that Democrats are doing over how low midterm election turnout usually is compared to Presidential years is in part a self-fulfilling prophecy. And it’s especially counterproductive when there’s at least some evidence that this year’s electorate will be larger than 2010’s.

Find a campaign and knock on some doors

The single most effective way to raise voter turnout is through targeted voter contact, particularly in-person conversations. It’s one thing to talk amongst ourselves in our living rooms how important voting is; it’s another thing entirely to go out and talk to voters who have al-ready been identified by a campaign as supporters who may or may not actually cast a ballot.

For every fourteen face-to-face conversations a campaign has with a voter, they get a vote that would not have been cast otherwise. In terms of both votes per contact and voters per dollar spent, that blows every other form of voter contact out of the water.

This means that there are few things you can do that more directly further your political interests than canvassing for a candidate you support. If you don’t in a competitive state or district, you can find one nearby. There are plenty this year.

Campaigns that make a serious investment in voter contact during the closing weeks of an election are able to outperform their polling averages by as much as two percent, turning vast swaths of the unlikely electorate into cast ballots. Two percent is a big number in electoral politics, and there are number of races this year that are polling at similar margins.

One such race is in New Hampshire, where Senator Jeanne Shaheen is working to keep her seat from being taken by Republican interloper and walking LL Bean commercial Scott Brown. I’ll be hitting the doors for her. Where will you be?

Jon Green is a graduate of Kenyon College with a degree in Political Science and high honors in Political Cognition. A veteran of the campaigns of Congressman Tom Perriello in 2010 and President Obama in 2012, he writes on a number of topics, but pays especially close attention to elections, re-ligion and political cogni-tion. Follow him on Twitter at @JonGreen8, and on Google+. Article archive.