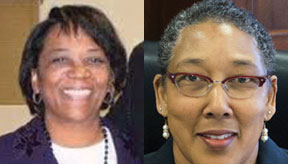 Civic leaders in the U.S. and overseas are helping to launch the Fourth Annual 2016 Week of Non-Violence, Justice and Opportunities, beginning Saturday, Oct. 15-23, 2016, sponsored by Black Women for Positive Change (BW4PC) and the Positive Change Foundation (PCF).

In a joint statement Dr. Stephanie E. Myers and Virginia Delegate Daun S. Hester, national co-chairs of BW4PC said, “Over the past three years, we have organized events in 10 U.S. cities and the United Kingdom, to promote violence prevention among youth, adults and law enforcement. This year we are pleased to see the network of cities expand to 16 cities to promote awareness of violence prevention.” Dr. Myers and Delegate Hester continued, “Our goal is to ‘Change the Culture of Violence in America, and the World’ and we invite people of all backgrounds, religions and ethnicities to organize local events in their cities. Everyone must work together to help youth and adults learn how to resolve conflicts and manage their anger without violence.”

“Since 2013, we have reached over 180,000 individuals directly at faith institutions, civic events, schools, youth clubs and through the media with violence prevention messages,” said Karen Carrington and Bernadette Tolson, co-chairs of BW4PC Media and Events in a joint statement. “We encourage more cities to organize non-violence activities to help build trust between youth and law enforcement, and to help youth with anger management, stop-ping bullying and other forms of conflicts.”

If your organization wants to join the 2016 Week of Non-Violence movement they can sign up at: www.blackwomenforpositivechange.org or, email Bkwomen4poschange@gmail.com For press inquiries contact Karen Carrington at (202) 210-4005.