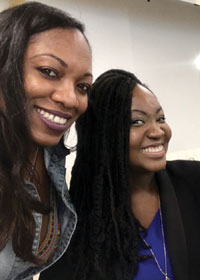 On The Scene With Crystal Chanel and Audrey Aaron

On Friday, Jan. 25, the government shutdown ended, but with threats of possibly shutting it down again on Friday, February 15, the uncertainty lingers. As it stands, furloughed workers will return to work. Essential government workers will begin to receive their earned wages, along with back pay for time served without pay. But for many, it’s not as easy as going back to business as usual. After this dark political moment, we can’t just flip a national switch and expect the lights to shine brightly and federal employees to just breathe a sigh of relief and move forward as though nothing ever happened. This unprecedented 35-day shutdown created a series of ripple effects that may take people a little longer to recover from. A recent report from the nonpartisan Congressional Budget Office found that the economy took an $11 billion hit in the 5 weeks that parts of the government went unfunded. 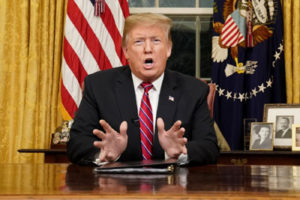 During the time of the shutdown and even now, there were many workers who were prohibited from speaking out and publicly expressing opinions because of Union guidelines and restrictions. Crystal Chanel, CEO of Press Release Marketing, spoke to the wife of one of many such TSA workers. In a tearful conversation, she shared the strain of making ends meet after being abruptly reduced to a single household income. With her husband missing back to back paychecks, she reveals that their entire family, which includes two young daughters, is being tested not only financially, but spiritually. They are borrowing from their 401K, but even that comes with penalties because the shutdown is not considered an emergency. With resources so unstable, she has had to rely more heavily on her faith as their family moves through this season.

As usual, social media had no shortage of opinions on the matter. And while most rants and comments were full of sympathy, others (though likely well-intentioned) emphasized the importance of saving and the significance of owning your own business, as though entrepreneurship is a foul-proof safeguard against this caliber of financial blindside. The truth is, when politicians and governmental leaders decide to use its working-class citizens as pawns in decision-making, it affects the economic stability of an entire nation. Maybe not at first, but when the unpaid single mother must withdraw her child from daycare because she is weighing the cost against a zero-dollar paystub, how long before the daycare owner also feels the sting of a reduced income? The owner of a luxury service business such as cake baking, cosmetology, or even personal accounting or photography will surely suffer when their unpaid regular clients must now forgo luxury for the sake of necessity. Even critical expenses like gas, add up more quickly, moving people to carpool. We as American citizens must understand that this issue affects us all, and until we decide that we want and deserve better as a nation, I don’t think we can expect any swift changes to just happen on Capitol Hill.

Allex Hutchins, TSA worker out of Hartfield-Atlanta National Airport spoke out on CNN concerning the idea of another impending shutdown. He was optimistic, but insistent that “A wall is not worth this…it’s a pointless fight.” Reporters at MSNBC are saying that President Trump “caved” by reopening the government without funding approval for a border wall, proving that this may have all been for nothing. One reporter described his speech in the White House Rose Garden as a never seen “defeat lap.” But truly, the only losers in this case are the American workers, their families, and their spheres of economic influence.