The Westside Gazette Newspaper is honored to feature these contributions made by local students in our Jr. Photojournalism Program. 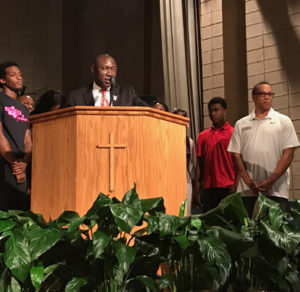 In April of 2019, a 15-year-old high school African American student named Delucca Rolle was pepper sprayed, slammed to the ground, brutally beaten, and arrested outside of a McDonalds in Tamarac, FL for picking up a cell phone that fell out of the pocket of another Black student who was being arrested.

On May 5, 2019, the NAACP held a rally at the New Mount Olive Baptist Church, Fort Lauderdale, in support of Delucca Rolle.

In my opinion, police brutality is rising for Black and Brown people and it needs to stop.

I feel it is unethical and immoral for the police to be able to do this to people. #blacklivesmatter #justiceforlucca

Testing is nothing that God can’t handle

I have testing coming up and I’m kind of nervous.

Testing isn’t ever that bad for me, but the fact that it’s my first year in high school and however I do on this test will affect what classes I will have next year.

I’m very proud of how my first year of high school has turned out. To really help me with my test, I have been going to God in prayer, asking him to watch over me and help me as I take the test. 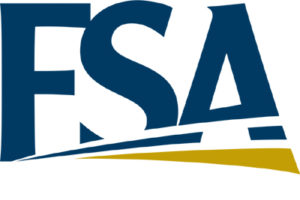 FSA testing in the state of Florida is in full swing and similar tests are being given across the United States.

According to the article from pbs.org, Do Students Take Too Many Tests? Congress to Weigh Question,” by K. Hefling, “Preliminary research by the Council of the Great City Schools, which represents large urban districts, found that students take an average of 113 standardized tests between pre-K and 12th grade.”

The article also pointed out that this number didn’t include additional tests such as Advanced Placement, career and technical education courses and college entrance exams.

Taking one of these tests is a rush of one or multiple emotions.

Students everywhere are either walking into that testing room confident of their academic abilities or completely terrified.

Still others are emotionally indifferent because they see it as a normal routine associated with everyday school life.  For a regular subject test, students most likely wouldn’t feel these emotions, but this is one grandiose test that has tremendous importance for each student’s future.

Teachers also may feel some level of stress because their students’ performance on these standardized tests may have an impact on their pay.

Hopefully, one day there will be a reduction of these tests.

The school experience shouldn’t be reduced to a test score but instead should be one full of positive social experiences and relationships combined with an environment that creates a love for learning and prepares students properly and gives them skills for entering the workforce.