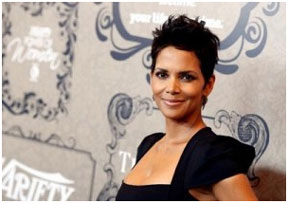 Beautiful, talented, and sexy – these are a few words that describe Halle Berry. Besides being one of the most beautiful women in the world, Berry is a great actress winning several awards for roles she’s played over the years. Now Berry’s talents have her embarking on a new venture.

On March 2, while attending the Fame and Philanthropy Post-Oscar Party at The Vineyard on March in Beverly Hills, California, Berry and her producing partner Elaine Goldsmith-Thomas announced the launching of a new company – 606 Films. This launch is part of a deal Berry has in starring in the CBS series – Extant.

“The duo has launched 606 Films, a shingle that will be housed at CBS Television Studios and is named for the anti-paparazzi bill that Berry championed to keep over-aggressive photographers from swarming the children of celebrities. California Gov. Jerry Brown signed it into law last fall after testimony by Berry, Jennifer Garner and others.