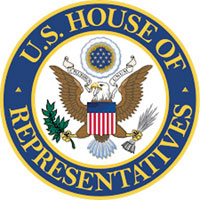 HealthCare.gov Open Enrollment begins November 1
HOLLYWOOD, FL — More than 20 million Americans gained access to health care coverage for themselves and their families under the Affordable Care Act, including more than 1.7 million people in Florida.
On Wednesday, this year’s HealthCare.gov open enrollment period begins. On Tuesday Oct. 31, Congresswoman Debbie Wasserman Schultz (FL-23) will hold a news conference to highlight the ACA’s many successes, and help promote the HealthCare.gov open enrollment period, which runs through Dec. 15.
The Congresswoman will urge residents to beat the rush and sign up early, and wants to make sure Floridians know that coverage could be more affordable than expected. Last year, eight in 10 people qualified for financial help, and most of them found marketplace plans with premiums that were in the range of $50 to $100.
There are a number of benefits to be gained from signing up for a HealthCare.gov plan, from an end to annual and lifetime limits on coverage, and coverage for young adults, to free preventative care and drug savings for seniors. The Congresswoman will be joined by three local constituents who benefitted from the ACA, and each one plans to enroll again.
· After purchasing an insurance plan through the health care marketplace, Jeff Buchoff learned he has Barrett’s Syndrome, which is often a precursor to cancer.  He’ll discuss why he plans to continue with the program.
· Michael Landers was covered by the ACA since its inception, but let it lapse in June 2017 because he believed critics who said the ACA would be repealed.  He is now re-enrolling because it helps keep him alive.
· Robert Loukota has lived with HIV for decades and was recently diagnosed with a genetic blood disorder.  After losing his employee-based plan, the subsidies available through the ACA helped him afford a healthcare plan in the individual market.
Michael De Lucca, the President and CEO of the Broward Regional Health Planning Council will discuss how his agency is assisting consumers with preparing applications to establish eligibility and enroll in affordable health insurance coverage through the marketplace.