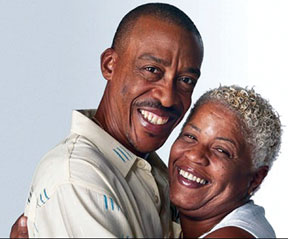 Currently, about one quarter of all people living with HIV, about 290,000 people, are aged 55 or over

National HIV/AIDS and Aging Awareness Day is a day to reflect on the successes and challenges of aging with HIV. Currently, about one quarter of all people living with HIV, about 290,000 people, are aged 55 or over. Most were infected at younger ages and have benefited from the improving medicines that can make living with HIV more like a traditional chronic disease. Compared with younger people, people over the age of 50 who are living with HIV are more likely to know their HIV status and to be virally suppressed.

Medical management of HV has simplified over the years, however, additional medical conditions associated with aging occur in older people already living with HIV. The management of multiple medical conditions requires awareness of the potential for drug interactions and a coordinated approach to care. As more people live into older ages with HIV, there are other areas that de-serve greater awareness and action:

Work is underway in many of these areas. CDC offers resources for all people living with HIV through its campaign HIV Treatment Works, and features older people living with HIV in its anti-stigma campaign, Let’s Stop HIV Together. The Department of Health and Human Service’s Administration on Aging features a website with resources on HIV and Aging. All activities support the National HIV/AIDS Strategy’s call for broader HIV education across the lifespan—including among older Americans.

In just the past few years, we have seen the percentage of people living with HIV who are over the age of 65 increase 91 percent — from 32,000 people in 2007 to 61,200 people in 2012. These numbers will continue to increase as people continue to live longer and more healthily with HIV. This is first and foremost a success. But history will judge us not only on the advances in testing to help people learn of their infection and in medications to keep them healthy, but also in supporting people living with HIV a-cross their lifetimes. National HIV/AIDS and Aging Awareness day draws attention to this need, and it is up to all of us to meet it.