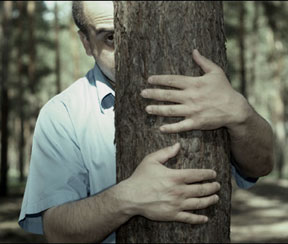 HIV may hide in tissues, even after treatment

HIV patients who’ve been treated with antiretroviral drugs still have the AIDS-causing virus in their tissues, a new study suggests.

Treatment with antiretrovirals eliminates detectable levels of HIV in the blood and controls the disease. But the new findings suggest that HIV in the tissues may not cause AIDS but could contribute to the development of unrelated conditions, such as cancer and heart disease, according to the University of California, San Francisco (UCSF) researchers.

“Looking in tissues of treated HIV patients, we found that HIV in some tissues did not appear to be affected by antiretrovirals,” said study senior author Dr. Michael McGrath.

“Notably we saw no evidence of drug resistance, which we would have seen if the virus had been exposed to medications,” said McGrath. He is UCSF professor of laboratory medicine at the AIDS and Cancer Specimen Resource, which is supported by the U.S. National Cancer Institute.

This finding is expected in untreated patients, but it was a surprise to see it in virally suppressed patients, he added.

“Our results suggest that HIV in varied tissue compartments can be untouched by the medications,” McGrath said in a university news release.

The researchers analyzed autopsy tissue samples from five HIV patients who took antiretrovirals and found undetectable levels of the virus in their blood.

However, the virus had evolved and migrated to brain, kidney, spleen and other tissues similar to the way it does in HIV patients who don’t take antiretroviral drugs, the study authors said.

The study appears in the October issue of the Journal of Virology.

It’s possible that active, untreated virus in tissues could be driving diseases unrelated to AIDS “that are increasingly the cause of death for virally suppressed patients,” McGrath said.

“In addition, our findings suggest that strategies to ‘cure’ HIV infection, which are centered on treatment of blood, must consider targeting tissue-based sites of HIV,” he added.

News stories are provided by HealthDay and do not reflect the views of MedlinePlus, the National Library of Medicine, the National Institutes of Health, the U.S. Department of Health and Human Services, or federal policy.