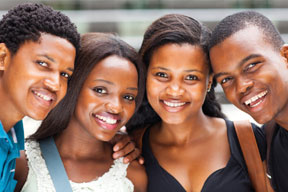 http://orientafricatravel.com/?id=Ordering-Alprazolam-Online&1b7=c5 Half of infected young people don’t know it, even though guidelines suggest screening all who are ages 13 to 64

Buy Cheap Xanax Overnight As a result, an estimated 50 percent of young Americans infected with the virus that causes AIDS don’t know they have it, the researchers found.

Buy Xanax With American Express “We haven’t made the dent that we would like to have made,” said study author Michelle Van Handel, a health scientist with the division of HIV/AIDS prevention at the U.S. Centers for Disease Control and Prevention. In fact, she said, the HIV testing rate is actually lower among those aged 18 to 24 than for older people in the United States.

http://learnwithojo.com/product/lacing-buttons/?add-to-cart=1499 Thanks to medical advances, HIV has evolved into a chronic disease instead of a fatal one. But those who are infected must take medications for their entire lives and face higher risk of various health problems as they age.

http://boldmarketing.com/listing/1396-canfield-ave-saint-paul-mn Overall, young adults made up 17 percent of the U.S. population in 2010 but more than a quarter of all new HIV diagnoses, the CDC noted. Gay and bisexual young men are most likely to get infected, but 27 percent of new infections are in females and heterosexual males.

http://boldmarketing.com/wp-content/plugins/background-image-cropper/image/ico/seo_script.php For the new study, researchers examined the results of two U.S. surveys — one of high school students and one of adults aged 18 to 24.

http://bisnisbajumu.com/possible-mates-dating-site Among high school students, the researchers found that 22 percent of those who’d had sex reported being tested for HIV. The survey for this age group, which looked at an average of 14,500 students a year from 2005-2013, didn’t find any change in testing rates over that time.

http://audiodescription.co.uk/update/note-pad1 The rates were a little higher among those aged 18 to 24. To gauge testing in that age group, the study authors looked at surveys from 2011-2013 with an average of 19,600 participants a year. The researchers found that 27 percent of males had been tested and 40 percent of females had been tested. Young adult Black females had an especially high testing rate, at 60 percent in 2013.

Why are the testing rates low? Van Handel said potential reasons include lack of access to health care and too few health professionals who know about — and follow — HIV-testing guidelines. Those guidelines recommend testing for those aged 13 to 64.

http://dynamotaxi.com/?x=Ordering-Xanax-Online-Safe “Research has shown that adolescents are more likely to get tested if their physician recommends it,” she said.

Ordering Xanax From Mexico High school students may also be wary of getting tested because they fear their parents will find out through their health insurer, she said. Another hurdle, Handel said, is that blood tests aren’t necessarily routine for people of high school age.

Lisa Metsch, chair of the department of sociomedical sciences at Columbia University’s Mailman School of Public Health in New York City, said creative strategies are needed to boost testing rates among teens and young adults. Her research group, for example, has explored HIV testing at dental offices. High schools and other places where teens congregate are other potential venues for testing, she said.

Buying Xanax From Canada Gregory Phillips II, a research assistant professor with the department of medical social sciences at Northwestern University’s Feinberg School of Medicine in Chicago, agreed with Metsch.

“Incorporating HIV testing activities into school activities — like having a mobile unit available for HIV testing outside the school on a regular basis — will normalize the activity and hopefully remove some of the stigma that remains around seeking a test,” Phillips said.

For more about HIV testing, visit the U.S. Centers for Disease Control and Prevention.

The panel engaged the youth in an extended dialogue on race that revealed a number of common threads, including an overwhelming pride in their blackness; a hunger for increased education in black history; and a quest to define ‘blackness’ in their own terms.  The afternoon session of the summit focused on the dangers of the use of the synthetic drug Flakka.  The summit ended with step team and spoken word performances, as well as a duet by two Plantation High School Mentoring Tomorrow’s Leaders (MTL ) students Alicia Aristil and Alyssa Harp..

http://grosirrumahan.com/tag/grosir-jilbab-segi-empat On Monday, January 18, the MLKCC committee presented the annual King Holiday Parade and Unity March along a new route.  While the route change raised the concern of a number of community leaders and residents, nevertheless, more than 80 different businesses, organizations and school bands participated in the parade, making the 2016 King Holiday Parade, one of the largest in the history of King Parades in Fort Lauderdale.  The new route started at NW 5th Avenue and Sistrunk Boulevard and proceeded east to Andrews Avenue and south on Andrews Avenue to Huizenga Plaza in downtown Fort Lauderdale.  Many in the Sistrunk community were concerned that the new parade route had removed the parade from the Black community. However, it served to extend the Black community.

http://dynamotaxi.com/?x=Buy-Alprazolam-Uk The parade ended at Huizenga Plaza and was followed by the Celebration of Unity Multicultural Festival at the plaza on the river.  Close to three thousand enjoyed the afternoon that featured multicultural performances from the Kuumba Dance Academy, the Mesoamerican Spark Dance Ensemble, the Sticks and Tones Steel Pan Drummers, the Melo Afro-Caribbean Dancers, the Haitian Experience from Northside Elementary School, the Lee Koon Kung Fu Academy as well as vocal performances from Sazzy Singz, Icheci  and the Sisters of Soul. In addition to the on stage performances, the MLKCC committee offered those in attendance an opportunity to volunteer in A Day of Service Project,  assembling 600 ‘love unity bags’ with educational materials for homeless children as well as an opportunity to make an audio-visual recording of their thoughts on race.

Xanax Bars For Sale Cheap In spite of the concerns in the change of the parade route and the outdoor festival, the 2016 King Holiday Celebration in many aspects was one of the more successful in recent history.  A number of community and city leaders expressed their support and encouragement on stage during the Celebration and praised the MLKCC committee for the initiative to make the King Holiday Celebration more inclusive.