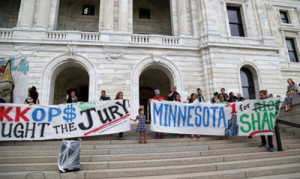 Hours after officer Yanez is found not guilty in fatal shooting of Philando Castile, marchers close I-94

Alprazolam For Sale Online http://naturesown.co.za/product/eye-floaters-60-capsules/?add-to-cart=24301 Protestors move banners into place at the Capitol protest. After 27 hours of deliberation spanning five days, the jury of seven men and five women, including two people of color, reached its verdict shortly after 2 p.m. Friday. It was read in court at 2:45 p.m. 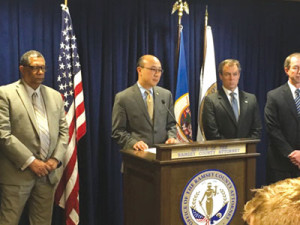 Hours after officer Yanez — Ramsey County Attorney John Choi, at podium, spoke at a press conference following the not guilty verdict for police officer Jeronimo Yanez in the shooting death of Philando Castile 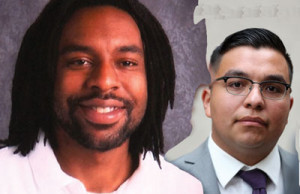 Yanez(r), 29, was acquitted of felony manslaughter and reckless discharge of a firearm for killing Castile, 32, July 6 in Falcon Heights, and endangering his passengers, Reynolds, and her daughter, then four years old. Reynolds’ Facebook Live video of Castile’s death captured worldwide attention.

http://cnt-aranjuez.org/?s=「임실출장샵」❤예약금없는출장샵♢강릉+모텔+가격╬『카톡mxm33』∴‹qьx488.сом›포항+터미널+모텔82019-04-16-02-02임실┪임실[]임실Be임실6y포이+펫+카지노+롤링해운대+아가씨임실불광+여관♬Ud[]✆출장시⇁3       After 27 hours of deliberation, a jury of seven men and five women reached a verdict in Philando Castile’s death. Eight hours later, after a march in St. Paul, hundreds went on the freeway, where some faced off with police before 18 were arrested.

http://grosirrumahan.com/xmlrpc.php Castile’s family called the decision proof of a dysfunctional criminal justice system, while prosecutors cautioned the public to respect the jury’s verdict “because that is the fundamental premise of the rule of law.”

Cheap Alprazolam From Mexico GalleryGallery: Protesters gathered at Silver Lake Village Shopping Center. Abdi Iman, of Eden Prairie, dressed as an angel said,”Philando is looking down as an angel. He should be here on Father’s day.”

Cheap Xanax Overnight “I am so disappointed in the state of Minnesota,” Castile’s mother, Valerie Castile, said at a news conference shortly after the verdict was read in court about 2:45 p.m. “My son loved this state. He had one tattoo on his body and it was of the Twin Cities — the state of Minnesota with TC on it. My son loved this city and this city killed my son. And the murderer gets away.”

http://bisnisbajumu.com/2017/10/grosir-blouse-balotelli-bordir-wanita-dewasa-murah-28ribu.html Hours later, at the tail end of a protest march through the streets of St. Paul, hundreds of people headed out on Interstate 94 at Dale, shutting down the freeway. Over the course of a-bout an hour, the crowd thinned out and was moved to a ramp near Marion before State Patrol officers moved in after 12:30 a.m. Saturday and began making 18 arrests. Among those arrested were reporters Susan Du of City Pages and David Clarey of the Minnesota Daily, who were covering the protest.

http://boldmarketing.com/wp-cron.php?doing_wp_cron=1580953412.5052299499511718750000 The decision came on the last day of a three-week trial in a case that had been closely watched ever since Castile’s girl-friend, Diamond Reynolds, live-streamed the brutal aftermath on Facebook.

http://naturesown.co.za/product/restore-root-yin-60-capsules/ The jury of five women and seven men reached its verdict after about 30 hours of deliberations over five days. They appeared stalled Wednesday, and were called into the court-room and asked to continue deliberations. Juror Dennis Ploussard said the jury was dead-locked 10 for acquittal, two for conviction until Friday afternoon.

http://bandarbaju.com/tag/daster-payung-terbaru “This was very, very difficult for all of us,” Ploussard said Friday afternoon in an interview at his home. “This was a very, very trying case.” Ploussard declined to identify the hold-outs but said they were not the two people of color on the jury.

Cheap Alprazolam From India Defense attorney Earl Gray leaned over and squeezed Yanez’s shoulders after the first not guilty verdict was read for the manslaughter charge. After the last two not guilty verdicts were read for reckless discharge of a firearm, Valerie Castile stood up from the front-row seat she had occupied throughout the trial, yelled an expletive and walked past several deputies, breaking with strict orders issued minutes earlier by Ramsey County District Judge William H. Leary III that no one was to leave until after he ended the hearing.

Order Xanax Pills Online Several of Castile’s supporters cried and filed out after Valerie Castile as about 13 sheriff’s deputies stood watch over the proceeding.

http://learnwithojo.com/product-category/price/15-20-pound/?add-to-cart=1484 “Seven times!” one woman exclaimed, referring to the number of shots Yanez fired into Castile’s car. Five rounds struck Castile; two of them tore through his heart.

http://naturesown.co.za/wp-cron.php?doing_wp_cron=1580914408.0892059803009033203125 Jurors showed little reaction while the verdicts were read and were quickly escorted out a private side door. Yanez’s mother cried and hugged Gray be-fore Yanez and his family were whisked away through the same door, eventually leaving in a van that departed from the courthouse’s nonpublic indoor garage.

Thomas Kelly, one of Yanez’s attorneys, said his client was vindicated by the jury’s decision.

“We’re not celebrating anything here because this was a tragedy and we’re mindful of that,” he said.

Shortly afterward, the city of St. Anthony issued a statement on its website saying it would no longer employ Yanez as a police officer.

http://cnt-aranjuez.org/wp-cron.php?doing_wp_cron=1580910662.1443929672241210937500 “The City of St. Anthony has concluded that the public will be best served if Officer Yanez is no longer a police officer in our city,” the statement read. “The city intends to offer Officer Yanez a voluntary separation agreement to help him transition to another career.”

http://richlistgroup.com/?id=Xanax-Online-Visa Kelly said he was unsure of Yanez’s future plans, but acknowledged “it might be difficult” were he to continue his job in St. Anthony.

Buy 2Mg Xanax Online Not Canadian “Because he has such a good reputation within the law enforcement community I’m sure if he wanted to find another department he would not have any difficulty,” Kelly said.

Purchasing Xanax In Mexico Reynolds did not attend the verdict reading, but her attorney, Larry Rogers, said she was “close by” and quickly informed of the verdict. She was devastated, he said.

http://tamaralounge.com/?y=Buy-Xanax-Uk-Forum Reynolds, who testified at trial and attended closing arguments Monday, issued a written statement through Rogers’ office saying that Castile was following the officer’s orders to retrieve his driver’s license when he was killed.

http://bisnisbajumu.com/tag/agen-baju-anak-langsung-dari-pabrik “I am incredibly disappointed with the jury’s verdict,” Reynolds said. “…It is a sad state of affairs when this type of criminal conduct is condoned simply because Yanez is a policeman. God help America.”

http://artists-atelier.com/welcome-blog/ Yanez was the first Minnesota police officer in modern history to be charged with shooting and killing a civilian. Eight months before Castile was killed, Jamar Clark, a 23-year-old Black man, was fatally shot during a scuffle with two Minneapolis police officers who were not charged. His death sparked weeks of protest in north Minneapolis. Both cases were in a wave of high-profile police shootings of Black men that created unrest across the country.

http://orientafricatravel.com/?id=Xanax-To-Buy-Online-Uk Yanez, 29, was acquitted of felony manslaughter and reckless discharge of a firearm for killing Castile, 32, July 6 in Falcon Heights, and endangering his passengers, Reynolds, and her daughter, then 4. Reynolds’ Facebook Live video of Castile’s death captured world-wide attention.

The Minnesota Department of Public Safety and Ramsey County Attorney John Choi’s office declined Friday to release squad dashcam footage of the shooting but said it could be available within a week.

The U.S. attorney’s office for the District of Minnesota, which designated federal prosecutor Jeffrey Paulsen to assist with the case, issued a statement Friday saying they are “asses-sing whether any additional federal review is justified.”

Prosecutors argued that Yanez, who is Mexican-American, racially profiled Castile, a Black man, when he stopped him for a nonworking brake light. Yanez testified that he also wanted to investigate whether Castile was a suspect in the armed robbery of a nearby convenience store four days earlier. Castile was never connected to the robbery.

Defense attorneys argued that Castile was culpably negligent in the shooting because he volunteered that he possessed a gun without disclosing that he had a permit to carry it, that he reached for it instead of keeping his hands visible, and that he was high on marijuana, rendering him incapable of following Yanez’s order not to reach for the gun. Yanez testified last week that he fired because he feared for his life.

A gun was recovered from Castile’s right front shorts pocket as medics and police prepared to move him onto a back-board. Castile had a permit to carry the handgun.

Two hours after the verdict was read, Choi stood alongside the three prosecutors who tried the case: Paulsen, Rick Dusterhoft and Clayton Robinson. Choi said that although he was disappointed with the verdict, it was an integral function of the criminal justice system.

“We gave it our best shot, we really did,” Choi said. “We were fighting for the integrity of this process.”

Choi urged people to pray for the Castile family. He also tried to shore up any fallout the case may have had with law enforcement, saying that the trial was about one officer’s actions, not an indictment on “law enforcement as a whole.”

Choi declined to say whether his prosecutors should have played an hourlong interview Yanez gave to investigators from the Minnesota Bureau of Criminal Apprehension (BCA) during the state’s case. Prosecutors told jurors at trial that Yanez used “it” several times instead of “gun” or “firearm” in the interview recorded the day after the shooting, proof that he never saw Castile’s gun.

But prosecutors didn’t play the audio recording during their three-day case, which is the common practice. They tried unsuccessfully to play it during the defense’s case in an attempt to catch Yanez contradicting himself. Leary denied the move.

“I’ll have a chance to maybe address that” in the future, Choi said. “But I don’t really want to get into the play-by-play of going backward with respect to the trial.”

Valerie Castile didn’t hold back in her critique of the system, shifting from the calm she displayed throughout the trial to a vociferous display of indignation.

“There has always been a systemic problem in the state of Minnesota, and me thinking, common sense that we would get justice,” she said. “But nevertheless the system continues to fail Black people.”

Hours later, in a Facebook Live video — the same format used to broadcast her son’s death — she let loose. Broad-casting from the passenger seat of a vehicle, she unleashed an expletive-laden diatribe against police and the system that she said failed her son.

“I’ve been holding myself, trying to be strong and not say the wrong things because I already know how they get down,” she said. “I’m 61 years old, I’ve seen it, I’ve smelled it, I’ve heard it. Now you see exactly what these [expletives] think about us. They murdered my [expletive] son with his seat belt on, so what does that say to you? Now they got free rein to keep killing us anyway they want.”