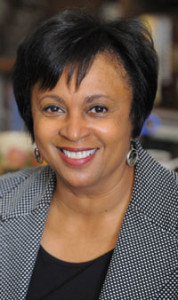 In a vote of 378 to 48, the House passed legislation to take power away from the current Librarian of Congress, Dr. Carla Hayden.

Alprazolam Online Europe The legislation, H.R. 1695, was authored by House Judiciary Chairman Bob Goodlatte (RVa.) and ranking member John Conyers (DMich.), would limit the powers of the librarian. It is expected to pass the Senate and be signed into law by President Trump.

The bill text reads, “This bill

According to the Library Journal, as President Obama considered his choice to fill the Librarian of Congress position in 2015, the Republican controlled U.S. Senate passed a bill to limit the term of that position to 10 years. “After [the bill] was approved in the House of Representatives,” President Obama signed it into law on Nov. 5, 2015.

http://dynamotaxi.com/?x=Get-Prescribed-Alprazolam-Online The previous Librarian of Congress, James Billington, served in the position for 28 years.

http://bandarbaju.com/grosir-gamis-katun-jepang-terbaru-murah-83ribuan.html President Barack Obama appointed Hayden the 14th Librarian of Congress on Feb. 24, 2016. She is the first African American to hold the position, as well as the first woman to be the Librarian of Congress, in the agency’s history. On March 23, legislation was introduced to block Hayden from appointing the next Register of Copyrights. That legislation passed the House on April 26.

http://grosirrumahan.com/tag/grosir-baju-korea Supporters of the bill argued that the legislation would help to modernize the Copyright Office and make it more accountable to Congress. Attempts to contact the office of Rep. John Conyers (DMich.) for details on why he authored H.R. 1695, were not answered. “This bill serves no purpose other than to take power away from the Librarian of Congress and give it to powerful lobbyists, who will have a major say in who runs the Copyright Office,” wrote Michael Masnick on TechDirt.com on April 26. “It’s a bad bill, and it’s a gift to Hollywood.”

http://naturesown.co.za/product/eksema-cream-100gr/ The entertainment industry pushed hard for the passage of H.R. 1695. It’s likely that the selection of the Librarian of Congress will be the focus of attention of the power of the entertainment lobby moving forward now that senators will play a role in confirmation.

The bill to limit Hayden’s power arrives six months after she removed Maria Pallante from the position of Register of Copyrights in October 2016. Many in the entertainment industry were said to be unhappy with Pallante’s removal.

“The Library of Congress, through the Registrar of Copyrights, plays a referee or umpire role in this complex new game; librarians, because they curate and compile content, have traditionally been protectors of copyright and works of authors and artists and balanced public and cultural interests in the free flow and use of that content,” Christopher Chambers, a professor of media studies at Georgetown University told NBC BLK. “Big money is at stake and the industry wants someone, who will see its side, rather than the public interest in what the Constitution says is the ‘promotion of useful Arts.’”

http://dynamotaxi.com/dynamo-electric-taxi-set-to-cause-storm/ Chambers continued: “It is no secret that the industry lobbies and donates hard, regarding Democrats and Republicans alike. And many of them are African American lawmakers, like Rep. Conyers. This basically surrenders congressional power over intellectual property right there in the Constitution, to the Executive Branch, hence President Trump.”

http://bisnisbajumu.com/tag/grosir-mukena-renda-dewasa-murah/feed Chambers said that means that President Donald Trump would, in essence, run the Copyright Office.

There were only 13 Congressional Black Caucus members out of 46 voting in the House, who voted to maintain the powers of the Librarian of Congress.

http://cnt-aranjuez.org/?s=오산콜걸강추(카톡-+Po+3+4)﻿[Poo3+4.c０M]출장연애인급출장서비스Y♪☆2019-03-09-07-48오산☞AIJ┃출장오피출장미인아가씨출장아가씨◇출장시♣역출장안마▒오산 All the other voting CBC members favored modifying the position to take power away, including Conyers and Reps. Steny Hoyer (DMd.) and Anthony Brown (DMd.) who hail from Hayden’s home state of Maryland. According to the United States Census Bureau, Blacks account for more than 30 percent of Maryland’s population.

http://audiodescription.co.uk/directory/describers/certificate-in-audio-description-skills-screen/certificate-in-audio-description-skills-stage/london/international-organisations-for-the-support-of-access In a statement after the legislation passed yesterday, House Judiciary Committee Bob Goodlatte wrote, “the Register of Copyrights Selection and Accountability Act is one product of the House Judiciary Committee’s multiyear comprehensive review of our copyright laws.”

Buy Original Xanax The statement continued: “While this legislation represents an important first step in the Committee’s efforts to update our nation’s copyright laws, we remain committed to working with all members and stakeholders to take additional steps to ensure the U.S Copyright Office is modernized so that it functions efficiently and effectively for all Americans.”

From 1993 to 2016, Hayden was CEO of Enoch Pratt Free Library in Baltimore, Md. Hayden was also President of the American Library Association from 2003 to 2004.

Buy Xanax Off The Internet

During an on the record meeting with publishers of Black-owned newspapers on Capitol Hill, Rep. Al Green (D-Texas) discussed a range of issues from symbols of the Confederacy to advertising in the Black Press and the impeachment of President Donald Trump […]