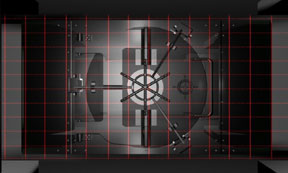 More and more companies are releasing reports about their efforts to improve diversity in the workplace. Pressure has been applied to many different industries, none as public as the tech industry, especially the top companies in Silicon Valley. As a result, the companies have become increasingly transparent with their hiring and retention data, which shows that there are tremendous ethnic and gender-based gaps. The companies “analyze” this data so they can find solutions and close the gaps. A few of the high-profile companies who have been publicly called to task and who have released reports are Google, Twitter, Apple, and Facebook.

A diversity report typically includes the number of employees who hold various positions within the company by age, race, and gender. The report also shows how much money those in various positions make. This allows researchers and analysts to see where the gaps in hiring, retention, and pay are found. The hope is that the company will act on the data and reduce the discrepancies.

What is not included in the report is almost as telling at the report itself. The reports do not tell which positions minorities are filling. It gives the general job category, but the report is fairly general when it comes to specific job classifications. The reports also do not disclose promotions. Currently, there is no way to track the number of people who are receiving promotions, let alone the ability to track them by gender or race. This data would show the potential upward mobility and opportunities for people of various genders and races within a company. The reports also do not show how long minorities stay at a company. A report might show that 2 percent of the workers at XYZ Company are Black, but there may have been a 200 percent turnover in Black employees. The data would not show this important information.

Company data reports show that tech firms are having a hard time increasing minority numbers. Is this because the firms are not recruiting minorities, or is it because the minorities keep quitting due to a lack of proper job placement, promotions, or upward mobility?

Research consistently shows that companies are more efficient when they make minorities an integral part of their company. A key component of this endeavor is making the employees feel welcome and ensuring they are treated as equals. This improves the longevity of the employee at the company and helps the company itself in the long-run.