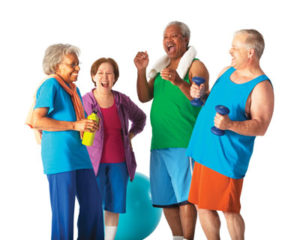 It’s never too late to turn your health around. Just ask Prempal Hundal, who was told in 2014 that he had pre-diabetes. He says the diagnosis was the wake-up call he needed to take control of his health – or face dire consequences when he was older.
By Sasha Gonzales

“My wife, who’s a doctor, told me that I had to make certain lifestyle changes to move out of that pre-diabetic range,” says Hundal, a Singapore-based finance professional.
“She was blunt, warning me that unless I did something right away, I might have to spend the rest of my life as a diabetic, getting my blood sugar level tested daily and possibly having to inject myself with insulin on a regular basis. I also feared long-term complications associated with diabetes, such as vision loss, nerve damage, and infections leading to amputations.”
Hundal, who weighed 110kg (242 pounds) at the time, began making big changes to his diet. He minimised his intake of processed foods, beer and rich, sugary desserts, ditched regular white rice for basmati rice, which has a lower glycaemic index, and ate grilled or baked – rather than fried – foods.
He also started drinking unsweetened green tea, which is known to have numerous health benefits.
In addition, Hundal dedicated 30 minutes a day to brisk walking or cycling on a stationary bike, took the stairs instead of the lift whenever he could, and left his desk every hour for short, five-minute walks around his office. “Previously, I had been inactive, so it was important for me to get up and move around as much as possible,” says the 41-year-old father of three.
Hundal noticed positive changes after just seven days. Today, he is no longer pre-diabetic and weighs 90.5kg – his goal is to get to 85kg. His most recent blood sugar level reading was 92mg/dl (5.1mmol/L), which is in the healthy range.
“At first, my main motivation was a better quality of life,” Hundal explains. “I wasn’t keen to live as a full-blown diabetic, nor did I want my days to be defined by blood sugar level readings and insulin injections. As time passed, I began to see results in the form of weight loss, lower blood sugar levels and more energy, and those were strong motivators to stick to the changes I had introduced.”
“A diet filled with all the wrong foods, drinking too much alcohol, a lack of exercise, and chronic stress are just some of the lifestyle factors that may, over time, lead to serious conditions ranging from high blood pressure and diabetes to fatty liver disease, cardiovascular disease, cirrhosis and cancer,” says Dr Vincent Lau, a primary care doctor at Hong Kong’s Matilda Clinic – Caine Road and Matilda International Hospital.
“So I don’t believe it’s ever too late to change your lifestyle to transform your health for the better. If you have been diagnosed with one or some of these diseases, adopting more positive lifestyle habits can definitely help get the problem under control and prevent it from worsening. It may even negate the need for medication.”
If your disease is in the advanced stage, making positive changes can only do so much to improve it, but that’s not to say it will not make a difference, either.
“If the damage is extensive, eating better, exercising regularly and reducing stress may not reverse or cure the disease,” says Lau. “However, these good habits can boost your quality of life and may even help you live longer.”