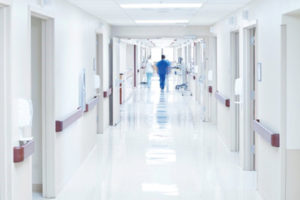 The first dream for my imagined future self that I can recall starts with a sound. I was maybe 5-years-old and I wanted to click-clack. The click-clack of high heels on a shiny, hard floor. I have a briefcase. I am walking purposefully, click-clack-click-clack. That is the entire dream.

I dreamed of being competent.

I have never felt more incompetent than when I was pregnant. I was four months or so pregnant, extremely uncomfortable, and at work when I started bleeding. When you are Black woman, having a body is already complicated for workplace politics. Having a bleeding, distended body is especially egregious. I waited until I filed my copy, by deadline, before walking to the front of the building, where I called my husband to pick me up.

An hour or so later, I was in the waiting room of my obstetrics office. I chose the office based on the crude cultural geography of choosing a good school or which TJ Maxx to go to: if it is on the white, wealthy side of town, it must be good. For many people I am sure the medical practice was good. The happy, normal, thin white women in the waiting room every time I visited seemed pleased enough. The nurses’ hands were always warm when they stuck one up your vagina. The doctors were energetic. It was all I knew to ask for.

Until I started bleeding. That day I sat in the waiting room for thirty minutes, after calling ahead and reporting my condition when I arrived. After I had bled through the nice chair in the waiting room, I told my husband to ask them again if perhaps I could be moved to a more private area. The nurse looked alarmed, about the chair, and eventually ushered me back. When the doctor arrived, he explained that I was probably just too fat, and that spotting was normal, and he sent me home. Later that night my ass started hurting. Just behind the butt muscle and off a bit to the side. I walked. I stretched. I took a hot bath. I called my mother, The Vivian. Finally, I called the nurse. She asked me if my back hurt. I said no. It was my butt that hurt. The nurse said it was probably constipation. I should try to go to the bathroom. I tried that for all the next day and part of another. By the end of three days, my butt still hurt, and I had not slept more than fifteen minutes straight in almost seventy hours.

He glared at me and said that if I wasn’t quiet, he would leave, and I would not get any pain relief.

I went to the hospital. They asked again about my back, implied I had eaten something “bad” for me and begrudgingly, finally decided to do an ultrasound. The image showed three babies, only I was pregnant with one. The other two were tumors, larger than the baby. The doctor turned to me and said, “If you make it through the night without going into preterm labor, I’d be surprised.” With that, he walked out, and I was checked into the maternity ward. Eventually a night nurse mentioned that I had been in labor for three days. “You should have said something,” she scolded me.

After several days of labor pains that no one ever diagnosed, because the pain was in my butt and not my back, I could not hold off labor anymore. I was wheeled into a delivery operating room, where I slipped in and out of consciousness. At one point I awoke and screamed, “Motherfucker.” The nurse told me to watch my language. I begged for an epidural. After three eternities an anesthesiologist arrived. He glared at me and said that if I wasn’t quiet, he would leave, and I would not get any pain relief. Just as a contraction crested, the needle pierced my spine and I tried desperately to be still and quiet so he would not leave me there that way. Thirty seconds after the injection, I passed out before my head hit the pillow.

When I awoke, I was pushing and then my daughter was here. She died shortly after her first breath. The nurse wheeled me out of the operating room to take me back to recovery. I held my baby the whole way, because apparently that is what is done. After making plans for how we would handle her remains, the nurse turned to me and said, “Just so you know, there was nothing we could have done, because you did not tell us you were in labor.”

Everything about the structure of trying to get medical care had filtered me through assumptions of my incompetence. There it was, what I had always been afraid of, what I must have known since I was a child, I needed to prepare to defend myself against, and what it would take me years to accept was beyond my control. Like millions of women of color, especially Black women, the healthcare machine could not imagine me as competent and so it neglected and ignored me until I was incompetent. Pain short-circuits rational thought. It can change all your perceptions of reality. If you are in enough physical pain, your brain can see what there isn’t. Pain, like pregnancy, is inconvenient for bureaucratic efficiency and has little use in a capitalist regime. When the medical profession systematically denies the existence of black women’s pain, underdiagnoses our pain, refuses to alleviate or treat our pain, healthcare marks us as incompetent bureaucratic subjects. Then it serves us accordingly.

The assumption of black women’s incompetence —we cannot know ourselves or express ourselves in a way that prompts people with power to respond to us as agentic beings—supersedes even the most powerful status cultures in all neoliberal capitalism: wealth and fame. In a 2017 interview, Serena Williams describes how she had to bring to bear the full force of her authority as a global superstar to convince a nurse that she needed a treatment after the birth of her daughter. The treatment likely saved Serena’s life.

All my status characteristics screamed ‘competent,’ but nothing could shut down what my blackness screams when I walk into the room.

In the wealthiest nation in the world, Black women are dying in childbirth at rates comparable to those in poorer, colonized nations. The CDC says that Black women are 243 percent more likely to die from pregnancy or childbirth-related causes than are white women. Medical doctors surely know about these disparities, right? Why, then, would a global superstar have to intervene so directly in her own postnatal care, and what does that say about how poorer, average Black women are treated when they give birth?

To get the “healthcare” promised by the healthcare bureaucracy, it helps tremendously if the bureaucracy assumes that you are competent. When I called the nurse and said that I was bleeding and in pain, the nurse needed to hear that a competent person was on the phone in order to process my problem for the crisis that it was. Instead, something about me and the interaction did not read as competent. That is why I was left in a general waiting room when I arrived, rather than being rushed to a private room with the equipment necessary to treat a pregnancy crisis. When my butt hurt, the doctors and nurses did not read that as a competent interpretation of contractions and so no one addressed my labor pains for over three days. At every step of the process of having what I would learn later was a typical pregnancy for a black woman in the United States, I was rendered an incompetent subject with exceptional needs that fell beyond the scope of reasonable healthcare.

“Black babies in the United States die at just over two times the rate of white babies in the first year of their life,” says Arthur James, an OB-GYN at Wexner Medical Center at Ohio State University in Columbus. When my daughter died, she and I became statistics.

Sociologist Patricia Hill Collins once called on the idea of controlling images, those stereotypes that are so powerful they flatten all empirical status differences among a group of people to reduce them to the most docile, incompetent subjects in a social structure. What I remember most about the whole ordeal, groggy from trauma and pain and narcotics, is how nothing about who I was in any other context mattered to the assumptions of my incompetence. I spoke in the way one might expect of someone with a lot of formal education. I had health insurance. I was married. All my status characteristics screamed “competent,” but nothing could shut down what my blackness screams when I walk into the room.

Black women are superheroes when we conform to others’ expectations of us or serve someone or something else.

The prevalent perception of Black women as unruly bodies and incompetent caretakers overrules even the most dominant stereotype about us—namely, that we are superhuman. The image of Black women as physically strong without enough vulnerability to warrant consideration is one of the greatest cultural exports from the racist, sexist U.S. hierarchy. We are undisciplined yet steadfastly committed to the care of others. We were good nannies until global anti-Blackness made the world’s immigrant brown women cheaper to import. It might seem that the culture’s perennial strong woman would also be competent. But incompetent and superhero do not actually conflict in the context of essential notions about gender, race, class, and hierarchy.

Black women are superheroes when we conform to others’ expectations of us or serve someone or something else. When we are sassy but not smart; successful but not happy; competitive but not actualized— then, we have some inherent wisdom. When we perform some existential service to men, to capital, to political power, to white women, and even to other “people of color” who are marginally closer to white than they are to Black, then we are superwomen. We are fulfilling our purpose in the natural order of things. When, instead, Black women are strong in service of themselves, that same strength, wisdom, and wit become evidence of our incompetence.

What so many Black women know is what I learned as I sat at the end of a hallway with a dead baby in my arms. The networks of capital, be they polities or organizations, work most efficiently when your lowest status characteristic is assumed. And once these gears are in motion, you can never be competent enough to save your own life.

Tressie McMillan Cottom is the author of Thick: And Other Essays and is an assistant professor of sociology at Virginia Commonwealth University

Tired of Black men getting shot down, killed in cold blood

“We’re tired of Black men getting shot down and killed in cold blood,” said DeAndre Muhammad, the Charleston representative of the Nation of Islam. […]

The largest Black-owned bank in America is paying respects to Black queens all over the country. OneUnited Bank launched a Queen Visa Debit Card under its Royalty Campaign to recognize the women who exude #BlackGirlMagic, according to a press release. […]