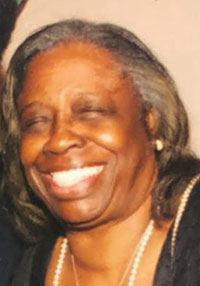 “I believe some of her endearing qualities was her unabiding love of family and friends, her big heart and generous spirit which always had her helping others, her unwavering commitment to pursuing social justice and helping working class people, and her ability to walk with kings and queens while keeping the common touch,” said Doris Turner Keys’ goddaughter, Karen Towns.( Photos Courtesy of the family of Doris Turner Keys)

Doris Turner Keys answered to many names – Doris, D, D.T., Dot, Doris Turner, Ms. Turner, Tish, Mrs. Keys, Mama Keys, Ma, Grandma, Aunt Doris (and more). But, those who knew her best remember her simply as a loving and caring individual who routinely sought to help others in need.

A noted civil rights and union leader, Keys served in many capacities that championed the causes of worker and civil rights as well as freedom, justice and equality.

Keys passed away in December. She was 88.

She was a longtime Labor and Industry Chairperson for the New Rochelle (N.Y.) Chapter of the NAACP.

Dr. Hazel N. Dukes, president of the NAACP New York State Conference and member of the NAACP National Board of Directors, wasn’t able to attend but had previously noted the contributions Keys made in advancing civil and social justice.

Keys’ goddaughter, Karen Towns, said she watched and learned from Keys at a young age and the matriarch had a great influence on her.

“Her legacy will live in the tens of thousands of people whose lives she touched. Whether [they are] those 1199 members who benefitted from the advancements of labor contracts that provided wages where they could take could take care of their families and send their kids to college; those who had better housing because of the housing plaza in east Harlem that opened during her tenure; [or] students who received college scholarships from the union which enabled many to be the first in their families to go to college,” Towns said.

“Whether they are among those in the communities of Mt. Vernon and New Rochelle and elsewhere where through her church she cooked meals for the homeless every Saturday; as an entrepreneur she provided job opportunities and as a property owner she provided quality, affordable housing for families and commercial space for other entrepreneurs.

“And for her beloved family she has left an abundance of love along with a rich legacy of service, leadership and a constant reminder that we must always be doing something to make things better for others.”

The first-born daughter of Roy L. Turner and Luticia Stewart, Keys was born in Pensacola, Florida on June 20, 1930 at 8:00A.M. in the morning, according to her obituary.

Her early years were spent in Pensacola before moving to New York City. She was reared by her maternal grandmother, Clora Stewart, whose strict discipline and strong religious upbringing became the foundation and catalyst for her life’s mission and work.

In 1956, Keys began work at Lenox Hill Hospital as a clerk in the dietary department.

In 1958, five of New York City’s largest hospitals went on strike for the first time in history with Keys active in leading a successful walkout at Lenox Hill Hospital.

The strike resulted in the beginning of organizing the poorly paid hospital workers in the city as Keys and others lobbied Gov. Nelson Rockefeller to support legislation for the hospital workers with the right to organize and bargain collectively.

She was one of four sitting at the table with Rockefeller as he signed the bill into law.

In 1960, Keys became an organizer for District 1199, which was then primarily a union of pharmacists and other drug store workers.

In 1968, after serving as an organizer, Keys became the director of 1199’s hospital division, the union’s largest division with some 40,000 members. Keys was later elected Executive Vice President of 1199.

In May of 1982, she was elected President of District 1199, winning the election by a 5-to-1 margin, becoming the largest AFL-CIO local union in the United States to be headed by a Black woman.

“Twenty-five years ago, when I came to this union, I never dreamed I would become its president,” Keys said at her swearing-in ceremony. “I also, never dreamed we would ever encounter so much division amongst us.” The election was the most hotly contested ever in District 1199.

Under Keys’ leadership, the union grew from 70,000 to over 130,00 members. As the New York union was growing, Keys was instrumental in organizing workers in New Jersey, Philadelphia, Maryland and Connecticut.

During that time, the Southern Christian Leadership Conference, under the leadership of Rev. Dr. Martin Luther King Jr., called upon the union for help on behalf of some hospital workers in Charleston, South Carolina, a group of 500 Black women and 3 Black men.

After King’s death, Keys went to Charleston and worked with Coretta Scott King to help establish an organization of workers.

Later, they traveled to John Hopkins University in Maryland and Boston University in Massachusetts to talk to leaders, workers and community activists in the effort to continue the struggles to organize health care workers.

District 1199 was among the first unions to speak out against the Vietnam War and Keys represented the union at a protest march.

When more than a dozen hospitals were threatening to close in New York, District 1199 joined with other unions and marched on Albany demanding that the governor call a special session of the State Legislature to restore the budget cuts in Medicaid, welfare, school lunch and other programs that was so sorely needed in the poorest communities.

The march proved successful and Keys went on to become the first woman vice president of the RWDSU/AFL-CIO.

Keys spent the final 52 years of her life living in Mount Vernon.

She was appointed by the governor to the New York State Hospital Review and Planning Council and has served as a member of the State of New York Commission of Health Education and Illness Prevention; the Mental Health Committee of the Community Council of Greater New York; the Committee for Health Care Services; and Board member of the Department for Professional Employees of the AFL-CIO.

“I believe some of her endearing qualities was her unabiding love of family and friends, her big heart and generous spirit which always had her helping others, her unwavering commitment to pursuing social justice and helping working class people, and her ability to walk with kings and queens while keeping the common touch,” Towns said.

“Watching Doris, I learned what it meant to be a successful leader while also being a mother, wife and all of the other roles we have.

When the Bulldogs faced Delaware State on Saturday, Oct. 20 at Oliver C. Dawson Stadium, it’s quite possibly the last homecoming game for Pough, who’s not expected to return to the sidelines next year. […]