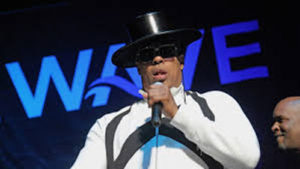 Fletcher, along with Whodini, helped cultivate rap’s sound in the 80’s and was one of the leaders of New Jack Swing.

John Fletcher, the rapper better known as “Ecstasy” from the pioneering hip-hop group Whodini, has reportedly died. His cause of death is unknown. Fletcher was 56-years-old.

Questlove of The Roots shared the news Wednesday in an Instagram post, paying homage from one legend to another.

“One Love to Ecstasy of the Legendary #Whodini. This man was legendary and a pivotal member of one of the most legendary groups in hip hop. This is sad man,” he wrote.

In 1982, Fletcher helped forge hip-hop into the mainstream as one-third of the group along with lyricist Jalil Hutchins, and DJ Crew Carter, also known as “Grandmaster Dee.” In the group’s formative days, they were managed by Russell Simmons who went on to create Def Jam. Fletcher was known for his eccentric style and often wore hats fashioned after Zorro.

The trio, which hails from Brooklyn, helped fuse R&B with hip-hop, and are attributed as one of the foundational leaders of the New Jack Swing movement. They are best known for their hits, “Friends,” “The Freaks Come Out at Night,” “Magic’s Wand,” “The Haunted House of Rock” and “Five Minutes Of Funk.”

Whodini touched the cornerstones of hip-hop which was centered on the sound coming out of New York City in the 70s and 80s. Their contemporaries are other hip-hop notables including Grandmaster Flash & the Furious Five, Afrika Bambaataa, Run-D.M.C., The Fat Boys and Warp 9.

Whodini’s influence spanned decades and helped cultivate the visions of other hip-hop groups like A Tribe Called Quest, Busta Rhymes and The Roots.

Jermaine Dupri was one of the stars they took under their wing, as the future mogul would star as a dancer on their tour circuits in his early days in the music industry.

“My God, this one hurts me so bad, I can’t even believe I’m posting this, Ex you know I love you thank you for every word, every conversation every good time, may your soul Rest In Power,” Dupri posted.

Whodini released six studio albums over the course of their career, with 14 singles charting on the Billboard. Four albums were certified Platinum and their most known hit, “Friends,” charted on the Billboard Hot 100. In 2012, the group was featured on an episode of TV One’s “Unsung,” where they looked back on their influence which still lives in hearts of hip hop lovers today.