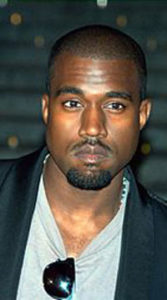 Every week the Trump administration delivers up a bountiful harvest of both pearls and onions. This week was no exception, presenting ample evidence of the schizoid nature of American political thought. Two interviews in particular, by their very contrast, illuminate the great divide in public opinion.

In a run-up to a “Unite The Right” rally this weekend in the nation’s capitol, Chris Cuomo had comedian D.L. Hughley in the CNN studio. Hughley cut right through the apologist babble with this total no-brainer, “White men don’t get to define racism.” The lucky Americans who are dealt a winning hand, by virtue of gender and skin color, simply don’t have the frame of reference to understand the nuances. Unfortunately, the dominance reflex causes them to assume they do.

By now it seems pointless to argue whether or not our president is a racist. “If it walks like a duck, talks like a duck”—you know the rest, and we’ve been seeing the evidence since before he was elected.

In the other corner we had Kanye West, an avowed Trump supporter, who was a guest on the Jimmy Kimmel show. Kimmel asked West directly, “What do you think Trump has done for Black people?” The response was….crickets. West couldn’t name a single thing, and the show went quickly to break.

The Trump detractor could actually articulate the problems, but the Trump supporter couldn’t name the benefits. Allegiance must be deaf, dumb, and blind. Most liberals can’t understand why ANYONE would support this president. That a person of color would be in favor of this administration is just inexplicable.

This week’s pearl goes to the sentient D.L. Hughley, hands down. Hopefully Kanye West likes onions, although if he does, he may not know how to spell the word!