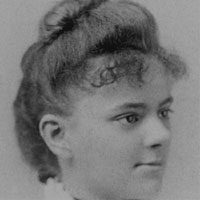 Do You Know Elizabeth Blackwell ?

This sage, first female, degreed medical doctor was groomed early on by her highly educated family.  She began her career as a teacher, meanwhile aspiring to do the unthinkable and become a doctor.  Her next, crafty, move was to take up residence in a physician’s house where she used her spare time to study in his home medical library.

As she taught children she was simultaneously applying to medical schools. Rejection followed rejection, until serendipity set in and she was finally accepted by Geneva Medical College. Because she was a woman, the faculty had put her acceptance up to a student vote. The students universally assumed this application was a hoax from a rival school.  In order to “one up” their rivals they voted to accept the application.  Oops, it really WAS a woman!

During her training she suffered prejudice, hazing, and insults from students and faculty alike.  Ms.  Blackwell got the last laugh by graduating top of her class! So much for male superiority.

After being declined practice from every hospital to which she applied, she used her own initiative to aid patients.  Her younger sister had followed in her footsteps to become a doctor.  In 1857 they opened their own infirmary in New York, where they treated the poor women and children.  She would go on to train numerous nurses to aid in the Civil War.  Elizabeth Blackwell was not only a female trailblazer, but an Angel of her time.