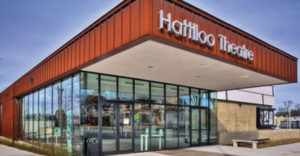 The Hattiloo will commemorate the African-American experience in “Lest We Forget,” an eight-month-long commemoration, from January to August. Each month, an interactive event is planned to reflect “the Black Experience” in America. — Ekundayo-Bandele 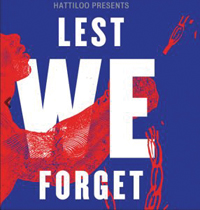 “Artists in the ’70s and ’80s like Curtis Mayfield wrote about and sang about the centuries we have spent in this country – our advances and setbacks, our triumphs and defeats, times of rejoicing and our times of struggle,” said Ekundayo Bandele, founder of the Hattiloo Technical Theatre Center.

“Some talked about the 400 years we’ve been here in America, and now, we really are here. It has been 400 years since the first enslaved Africans came to the New World – in 1619. This is our time for remembering how far we’ve come. This year is our quadricentennial.”

Quadricentennial? So, didn’t know that was a thing? It is.

So yeah, it’s really a thing.

Historical sources record the first Africans arriving in the American colonies during the latter part of August. There were some “20-odd” Africans, brought here as indentured servants. Less than a decade later, fully enslaved Africans arrived on the dreaded “Middle Passage.”

The Hattiloo will commemorate the African-American experience in “Lest We Forget,” an eight-month-long commemoration, from January to August. Each month, an interactive event is planned to reflect “the Black Experience” in America. The first event will be a Jan. 28 screening of the Academy Award-winning epic “12 Years A Slave.”

“I want these scheduled events to reflect and celebrate our people, our culture, and our remembrances,” said Bandele.

“I began my own journey in September when I realized that the 400th year was coming up, and we need to collectively recall those occurrences which have brought us thus far,” he added. “I want it to be all about us, but others are certainly welcome to come and share these experiences with us.”

Through continuous dialogue and discussion, all eight events create interactive conversations with each other and Hattiloo staffers.

“I talked to many of my friends across the country who lead cultural ventures, and they won’t be observing the quadricentennial,” But this is a big deal. The Bible talks about 400 years of bondage, and then deliverance would come. Jews make that connection as they suffered slavery in Egypt. This is our 400-year mark. It’s definitely a big deal.”

Bandele has uniquely directed each event to cover some aspect of African-American past. Two films, “12 Years A Slave” and “Sankofa,” both take a painful look back into the degradation and indignities suffered by those enslaved.

Dramatic readings of actual slave narratives by actors will give voice to freed slaves who recorded their recollections of life on the plantation before emancipation. Brought to life on the stage, audiences will return to the past and relive their experiences. A scheduled concert will take the audience on a journey through time with the soulful evolution of the “Black Experience.”

Speakers from three religious sects—Christian, Islam, and Yoruba—will be featured on a panel to define what faith has meant to African-Americans through the years. But the most poignant and, perhaps, most widely anticipated is the “Lay-In.”

“The Lay-In is going to be powerful,” said Bandele. “We will lie on the floor, shoulder-to-shoulder to connect with the experience of being packed in like animals on a slave ship. As the connection is made to the Middle Passage—the stench, the death, the horror—there will be tears. That pain still runs so deep within our people. There will be tears as we cry for our foreparents who had to endure it. The Lay-In will call up all of those emotions. Everyone is invited to take part, not just black people. It is a part of our American experience.”

This Thursday, the theatre will post a dramatic listing in front of the timeline of African peoples brought to America, from the very first in 1619 up to this present day.

All events are free of charge, but reservations are recommended. You can make your reservation today by emailing Elizabeth Baines at events@hattilootheatre.org. All events are scheduled on Monday, from 5:30 p.m. until 7.30 p.m. Include the name of the event and how many will be in your party.

As the only freestanding Black repertory theatre in five surrounding states. Hattiloo has developed a strong regional audience and is known for offering high-quality, free programming and performances staged throughout the city, engaging over 5,000 people each year. The evolution of its artistic vision and programming, and the success of its business model has made Hattiloo a sought-after resource nationwide.

For a full schedule and registration info, visit http://www.hattiloo.org.