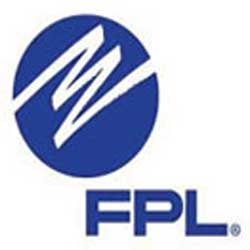 The Let’s Get to Work Committee has hauled in a total of nearly $3.8 million in 2012 — more than two years before Scott is expected to seek re-election. As a measure of the growing cash stockpile, the political committee has spent a relatively small amount of $74,735 this year, according to the report on the state Division of Elections website.

Between April 4 and July 3, the committee collected nine contributions of $100,000 or more, as money came from companies and people with interests in issues such as energy, health care and gambling. Also, in at least two cases, groups of related companies wrote checks that totaled $100,000.

The biggest contributors during the second quarter were Florida Power & Light Co., casino magnate Sheldon Adelson and prominent investor H. Wayne Huizenga, with each giving $250,000 to the committee.

FPL is the state’s largest utility and is involved in numerous legislative and regulatory issues, including debates about building and financing nuclear power plants and increasing the use of renewable energy. Adelson, meanwhile, is chair-man and chief executive of Las Vegas Sands Corp., which lobbied this year on a proposal to allow resort casinos in Florida.

Among those contributing $100,000 during the quarter were Progress Energy, which merged last week with Duke Energy and runs the state’s second largest electric utility; Blue Cross and Blue Shield of Florida, which now operates under the name Florida Blue and is the state’s largest private health insurer; and U.S. Sugar Corp., a long-influential firm on issues such as agriculture and Everglades restoration.

Others that contributed $100,000 included The Geo Group, which has backed efforts to privatize prisons; the Florida Optometric CCE, a political committee supported by optometrists who have lobbied for expanded drug-prescribing powers; and the Committee for Florida Justice Reform, a business-backed group that seeks to put limits on lawsuits.

Let’s Get to Work received numerous other contributions ranging from $100 to $50,000. Among the notables was a $50,000 contribution from New York developer Donald Trump and $10,000 from the law firm Morgan & Morgan — which employs former Gov. Charlie Crist, an unpopular figure a-mong Republicans after he left the GOP in 2010.

Scott has not opened a campaign account to run in 2014 for a second term. But money contributed to Let’s Get to Work could go to such expenses as advertisements that would bolster Scott’s re-election efforts.

Senate Minority Leader Nan Rich, the only prominent Democrat who has announced plans to run for governor in 2014, opened a campaign account in April and raised a total of $41,392 during the second quarter, according to a report on the Division of Elections website.

Unlike contributions to committees such as Let’s Get to Work, checks written to candidates’ campaign accounts are capped at $500. Most of Rich’s contributions during the quarter came from individuals instead of businesses or political committees.