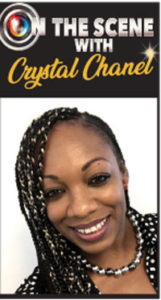 On The Scene With Crystal Chanel

2018 has been a year, not all amazing, not all awful…just a year, filled with ups and downs, highs and lows. The truth is, no matter what the year has brought into our lives, I think many of us would agree that we are in exciting times. Nothing is exactly as it seems, things are unpredictable, and we are learning to expect the unexpected.

But here’s some great news: No matter the season, God is “all God” all the time. He is the same yesterday, today, and forever. This means that, no matter what it looks like, God is always on His job even when have uncertainty. Times change, and things evolve. Even this platform, ‘On the Scene’ is evolving, embracing me, Audrey Aaron, as a new writer to the team. 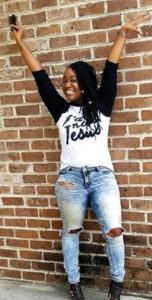 Personally, not much about my life today looks as it did at the beginning of this year. Some changes I saw coming, others, not so much. At my core, I’m the same, but some things about my life look drastically different, all in just a few months. During those months (and even now), I’ve struggled with the idea of my life’s productivity, success, and significance. But I stand on the truth that although, seasons come and go, God remains consistent. He’s not a seasonal God, and since we are created in His image, by design, we’re built to endure through changing times as well. Ecclesiastes 3 lists the various times and seasons of life. While they are inevitable and unavoidable, it’s important to know that you yourself are not seasonal.

Here’s more great news: When you stick with God and trust the perfection of His timing, you never lose your ability to be productive, significant, and bear good fruit, no matter what life says now. Psalms 1:3 says that man who delights in the Word of the Lord “shall be like a tree planted by rivers of water, bringing forth his fruit in his season.”

Let’s talk about trees for a moment. When God says that you will be as a tree, there is suc purpose in this analogy, especially when you consider how trees behave throughout the changing seasons. Trees are not seasonal. They have seasons imposed upon them, but they themselves are not seasonal. Their fruit may be seasonal, but the tree itself endures through every season. Trees are not like animals. There are some animals that you don’t see during certain seasons because they cannot withstand the conditions of that season. There are some animals that simply would not survive the cold of a northern winter. So, they either migrate to a warmer, more comfortable climate, or they go into hibernation until the season that would otherwise kill them has passed.

But trees don’t hibernate. They don’t move or migrate. They might bend and sway a little bit with the wind or the rain, but whatever season comes and whatever weather it brings, trees just have to stand there and take it.

When God says that you’re like a tree, don’t take that comparison lightly. It’s kind of a big deal. God promises that your ability to bear fruit is part of your design. So, don’t let anyone count you as unfruitful just because it’s not your fruit-bearing season. And most certainly, don’t count yourself out! You may not have fruit on you right now, but you are the same ole’ tree and still good for fruit.

It is truly my pleasure to write for On the Scene with Press Release for the Westside Gazette. From Savannah, Ga., I intend to bring articles that inspire change, reflection, and spiritual truth. It’s part of my ministry and my purpose. It’s my fruit!

“… the conflict in the Western Sahara is an inner-African struggle… it represents a struggle over the future of Africa not only because it may explode once again but be-cause it calls into question the terms under which peace and justice can truly emerge on a continent divided as it has been by boundaries originally established by European colonial powers.” […]