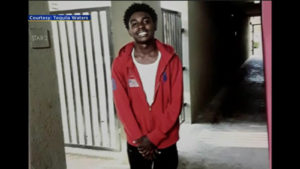 “Have not I commanded thee? Be strong and of a good courage; be ye not afraid, neither be thou dismayed: for the Lord thy God is with thee whithersoever thou goest.” (Joshua 1:9)

http://tamaralounge.com/wp-cron.php?doing_wp_cron=1580917322.7296710014343261718750 The tragic drowning death of 16-year-old Damian Martin last March 2019 left his mother Tequila Waters devastated. She is still searching for answers on whether his death could have been prevented. As a result, she has enlisted the services of the law firm headed up by civil rights attorney Ben Crump.

The incident reportedly occurred on March 8, 2019 after Martin and three other robbery suspects were pursued by members of the City of Sunrise Police Department. While three suspects were arrested, Martin alluded capture by jumping into a nearby lake near 57th Terrace and 17th Court in Lauderhill, where he began swimming away. After a short period of time the youth began to struggle in the water before drowning, some six minutes after diving in the waterway.

Alprazolam Online Australia Police reports also note that even though they deployed a taser they say they did not feel it struck Martin. 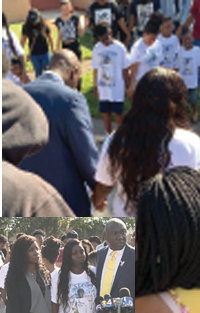 The circumstances surrounding the youth’s death have come under question by his family members who say they have reason to believe his death may have been prevented, had Sunrise police intervened and attempted to rescue him. The family contends that police remained on the bank of the waterway while Martin struggled to survive.

http://bandarbaju.com/tag/grosir-baju-anak-banana Sunrise police however contend that they acted properly by trying to assist by throwing flotation devices toward Martin but did not enter the water. In an official report officers at the scene stated that they could not prevent the drowning because the suspect had already become submerged three times before disappearing below the surface. They contend that the youth drowned in spite of their rescue efforts. Subsequent investigations conducted by the City of Sunrise and the Broward Sheriff’s Department found that the City of Sunrise Police Department, took appropriate action regarding this matter.

Attorney Crump has filed a notice of intent to sue to get to the bottom of all the facts, surrounding the case.

Buy Alprazolam From India “Attorney Robinson and I are filing a notice of intent to sue, to help this family get answers to ascertain whether the police have any video surveillance that will show us the truth of what happened to Damian Martin and whether his drowning by Sunrise could have been prevented,” said Attorney Crump.

Fake Xanax Bars Online “Fighting for the truth behind the drowning of Damian Martin is about fighting for Humanity importance and value of lives of all Black boys. Civil rights cases are about the voiceless and marginalized demanding their humanity be recognized and we are proud to stand with the family of Damian Martin,” said Attorney Robinson.

Xanax Apteka Online “ I feel as my son’s death was hard not only for me, but for my whole family. My kids are not the same anymore. My son was so humble, very respectable and dependably soft spoken. I was really looking forward to seeing him as a young adult. He was a little shy at times. I miss him telling me how much he loved me and helping out without me even asking him,” said Waters.

http://cnt-aranjuez.org/?s=군산콜걸추천{카톡-+M+o46}《moo2+7.c０M》외국인출장만남출장소이스Y↕◊2019-03-17-06-14군산▄AIJ♨출장색시미녀언니출장샵강추흥출장안마♥출장업계위⇪미시출장안마┧군산 “This really hit me hard. I look at the system differently now. I really feel like the police are supposed to serve and protect. I feel like my son wasn’t protected in this. He was loved by a lot of people, especially me and my other children,” added Waters.