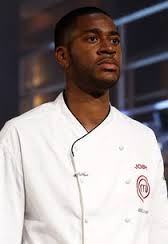 Buy Xanax From Usa An autopsy conducted Saturday officially ruled his death a suicide. He suffered an apparent self-inflicted gunshot wound to the head and a revolver was found near his body. Chicago police say relatives of the victim were on the scene and  said he suffered from schizophrenia and bipolar disorder.

Alprazolam Online Sales His mother,  http://dynamotaxi.com/index.php/top-rated-products/?_wpnonce=30a922e04e Paulette Mitchell, said her son had completed an out-patient treatment program Thursday and recently received a schizophrenia diagnosis, something she said he could not overcome.

http://bandarbaju.com/?/ “He couldn’t bear the thought of another diagnosis,” she told The Tribune. “He was just coming to accept the diagnosis of bipolar.”

http://tamaralounge.com/whats-on/ Mitchell says she saw no signs of mental illness issues in her son until the taping of ”MasterChef” in Los Angeles in 2012. She says Marks was disappointed when he lost to winner Christine Ha, but hoped to become a celebrity chef and began to make appearances, his parents said.

Buy Xanax Fast Shipping But Mitchell says her son’s mental health worsened and he began to hear voices and suffer from delusions after taping of the show ended. That was what led to a July 29 arrest by University of Chicago police, she said.

Here is more on his arrest:

http://audiodescription.co.uk/training/accredited-training-screen/ At the time of Marks’ arrest in July, police say he claimed to have been possessed by “MasterChef” judge  Gordon Ramsay who turned him into God. During the scuffle, officials say it took multiple officers to capture Marks, after he lunged at one and attempted to take his gun.

In that July 29th incident, university police responded to an to an emergency phone activation in the 5400 block of South Kimbark Avenue at 3:55 a.m. and found Marks with injuries to his face, according to police. When an officer asked Marks what the emergency was, Marks attacked the officer and took him to the ground, police said.

http://audiodescription.co.uk/directory/describers/east-midlands/outdoor-performance/promenade-performance Marks, who is 7-foot-2, struck the officer in the face several times and tried to remove the officer’s weapon from its holster. An assisting officer got there and used a baton and pepper spray and told him to stop fighting, but he refused, police said.

http://richlistgroup.com/wp-cron.php?doing_wp_cron=1580973957.5194740295410156250000 Marks tried to flee but he was taken into custody in a back yard nearby, police said. Marks was transported to Bernard Mitchell Hospital for treatment of his injuries and was later transported to Mount Sinai Hospital for additional treatment, police said.For the July incident, Marks was charged with two counts of aggravated battery to a peace officer, and attempting to disarm a police officer, all of which are felonies, records show. The case was up in court on Wednesday, when Judge Carol Howard granted a continuance to Nov. 6, records show.

Xanax Xr Online His family went public about the suicide because they want to raise awareness around the lack of treatment options for the mentally ill. They also hope to start a foundation in Marks’ name to educate others about mental illness.

http://dynamotaxi.com/wp-json/oembed/1.0/embed?url=https://dynamotaxi.com/charging-up/ He attended Tougaloo College in Jackson, Miss., on a basketball scholarship and worked in Vicksburg as an Army contract specialist before returning to his hometown of Chicago, according to the Clarion Ledger.

Xanax Price Online A self-taught cook, Marks tried out for ”MasterChef” after friends told him about auditions for the show during a weekend he was home visiting from Mississippi.

http://tamaralounge.com/wp-content/plugins/viral-optins/api/uploader/file-uploader.php Marks was just 26-years-old at the time of his death.

Where To Order Xanax Online